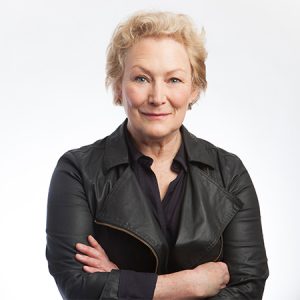 The F.B. Heron Foundation made a change in leadership today, announcing that Clara Miller will be stepping down from her current role as director and president to become the company’s president emerita, effective December 31.  An immediate replacement was not named.

Heron’s board is currently led internally by senior management. They are involved in a strategic and business planning process, which — according to the private foundation’s press release — should be resolved by the end of the year.

“Clara is singularly responsible for establishing the program and profile Heron enjoys today. She has been a stimulating pleasure to work with over the past several years,” said Arthur “Buzz” Schmidt, chairman of Heron’s board, in a press release, “Clara has built a crackerjack team to carry Heron’s operations forward, and we are so fortunate that she has agreed to remain centrally involved in developing and advancing Heron’s knowledge agenda in the future.”

Before Heron, Miller founded and spent 27 years as president and CEO of the Nonprofit Finance Fund and was also appointed by President Clinton to the U.S. Treasury Department’s first Community Development Advisory Board for the Community Development Financial Institutions Fund in its infancy in 1996.

Miller serves on the boards of GuideStar, PopTech, and the Robert Sterling Clark Foundation. She is also a member of the Social Investment Committee of the Kresge Foundation, the Bank of America’s National Community Advisory Council, the Aspen Philanthropy Group, and the first Nonprofit Advisory Committee of the Financial Accounting Standards Board.