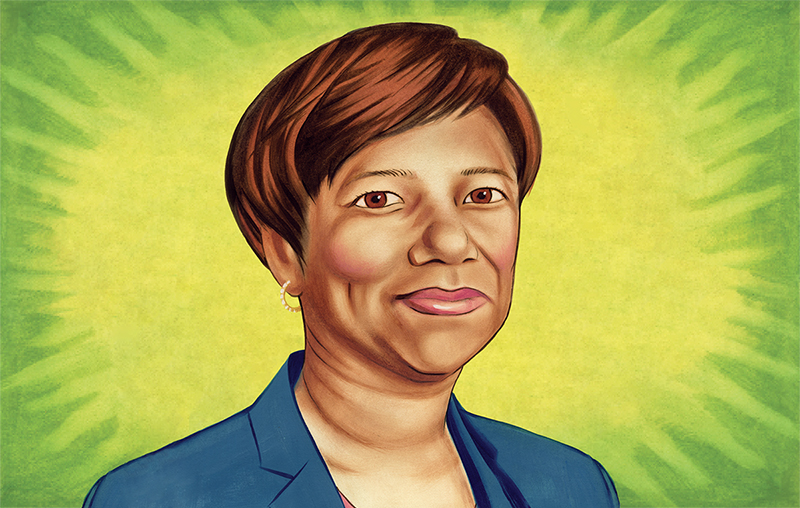 Columbia Investment Management Co., which runs Columbia University’s $11 billion endowment, has named Kim Lew as its new CEO. Lew will join the New York City-based endowment from the Carnegie Corp. of New York, where she is CIO. Lew will take the helm of the endowment on Nov. 2.

Lew will have her work cut out for her at Columbia, as the endowment’s investment returns have ranked last among Ivy League universities over the past two years, and earned only 3.8% for the 2018-19 fiscal year.

“It is an honor and a privilege to join the dedicated team at the Columbia Investment Management Company,” Lew said in a statement. “Columbia’s commitment to educating tomorrow’s leaders and its forward-thinking research on global issues is unparalleled. I have long admired the leadership and work of the institution, and I am excited to guide the endowment in service to the university’s mission at this pivotal time.”

“Lew has established herself as a thoughtful and innovative investor with an immersive approach that yields impressive results,” Lee Bollinger, the university’s president, wrote in an email to the Columbia community. “We could not be more pleased with this outcome.”

Lew has a reputation in the industry for her knack at choosing and fostering relationships with new managers, and she has a strong background in investing in emerging markets. She managed investments in China, South Africa, and Brazil while at the Ford Foundation, where she was senior manager of private equity between 2000 and 2007.

Lew succeeds Peter Holland, who announced his retirement in January, effective Sept. 30, after 17 years with the Columbia Investment Management Company.

“We commend Columbia University for its wisdom in recruiting Kim Lew. She has been an outstanding chief investment officer, an invaluable colleague, and an integral part of the foundation’s mission,” Vartan Gregorian, Carnegie’s president, said in a statement. “We are saddened to see her leave, but we are grateful for her distinguished service and know that she will make tremendous contributions to the success of Columbia University.”

Lew said in a statement that “Carnegie Corporation has given me more than I could have ever imagined. It afforded me the opportunity to learn every asset class and develop into a recognized leader in the foundation and endowment investing community.”

In an interview with CIO last year Lew, who is African American, said she was excited about the push for greater diversity in the industry.

“The willingness and ability to broadening the opportunity set to include more diverse allocators, more diverse managers, and more diverse investments means that the return potential should increase,” she said. “Over the next decade (hopefully), we will see this pool expand and then we will really start to see the cream rise to the top. This will be an exciting time in the markets.”