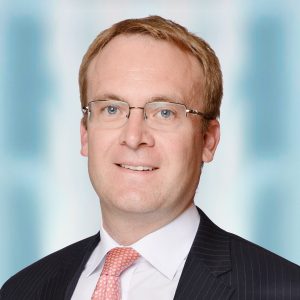 CPPIB said it is currently conducting an assessment of potential candidates to replace Feeney, and that appointments will be made “in due course.” In his new role at Northleaf, Feeney will oversee the private markets investment firm’s secondaries program.

“I want to thank Shane for his tremendous contribution to CPP Investments,” John Graham, president and CEO of CPPIB, said in a statement. “For the past 11 years, Shane has had a significant impact on growing our private equity program to be a key part of our diversified investment strategy.”

A start date for Feeney has not yet been announced, but a spokesperson for Northleaf Capital told CIO he will join the company later this summer. He will report to Northleaf Managing Director and Co-Founder Michael Flood, who leads the company’s global private equity program.

“As GP [general partner]-led continuation vehicles, single company secondaries, and other structured transactions have become a greater part of the broader secondaries market, Shane’s principal investment expertise and leadership will complement our existing direct private equity strategy and team,” Flood said in a statement. “We recognized early on that GP-led secondary transactions, especially single-asset acquisitions, require differentiated investment skills in order to be successful as the secondary market continues to evolve.”

Feeney joined CPPIB in 2010 from Bridgepoint Capital Ltd. in London, and prior to that was a partner and founding member of Hermes Private Equity’s direct investing business. He also served as an associate director at Morgan Grenfell Private Equity in London, and has served as a director of Livingston International, 99 Cents Only Stores, The Gates Corporation, and Air Distribution Technologies. He earned a bachelor’s in economics from Dartmouth College and an Master of Business Administration from INSEAD.

Northleaf manages more than C$9 billion of private equity commitments in pooled funds and separately managed accounts within three investment strategies: secondaries, directs, and solutions. The firm launched its secondaries program in 2003, and has invested more than C$3 billion in private market secondary transactions. Overall, Northleaf has US$16 billion in private equity, private credit, and infrastructure commitments under management.

“Northleaf is a world-class global private markets investment manager with extensive secondaries experience and a strong growth trajectory, particularly in light of its recent strategic partnership with Power Corporation affiliates Mackenzie Financial and Great-West Lifeco,” Feeney said in a statement.