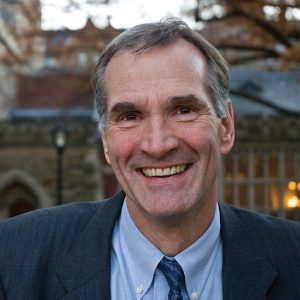 David Swensen, Yale’s legendary endowment chief, died Wednesday night at age 67 of cancer. In his 36 years at the fund’s helm, he pioneered the push into alternatives, with less reliance on traditional stocks and bonds.

Thanks to this strategy, Swensen, a Yale-trained economist, increased the university’s endowment to $31.2 billion as of 2020, from $1 billion when he arrived in 1985 after a stint on Wall Street.

The so-called “Yale Model” was adopted by many other endowments and influenced the current trend of pension funds to move their money into the likes of private equity, hedge funds, timberland, and other alternative investments. Most recently, alts accounted for about 60% of Yale’s portfolio.

“He was a tremendous leader; he has helped so many other brilliant CIOs under his tutelage,” said Chris Ailman, investment chief at the California State Teachers’ Retirement System (CalSTRS). “It’s just a testament to his tremendous strengths. He wrote the book for our industry and it’s a sad day to see him go.”

He always had a contrarian streak, which sometimes landed him in trouble—such as his insistence on keeping fossil fuel investments. Swensen argued that it’s better to fight climate change by having a say in energy company policy as a shareholder than by simply divesting, which is in vogue throughout academia. In 2018, he added exposure to cryptocurrency, by taking positions in two venture funds dealing in the digital denominations, one of the first major financial players to do so.

“David served our university with distinction,” wrote the university’s president, Peter Salovey, in a statement announcing Swensen’s death. “He was an exceptional colleague, a dear friend, and a beloved mentor to many in our community.”

Swensen ranked No. 1 on CIO’s most recent list of top endowment CIOs and just this spring was named to CIO’s Power 100 list of top allocators. A host of his proteges went on to head funds elsewhere, such as Andrew Golden, now Princeton’s endowment chief.

Indeed, Swensen himself is a product of Yale. Having completed his Ph.D. there in 1980—entitled A Model for the Valuation of Corporate Bonds—he went to Wall Street, working for Salomon Brothers, then Lehman Brothers. But his thesis advisers, including James Tobin, reminded him he had pledged to return to Yale. Swensen famously took an 80% pay cut to run the school’s endowment.

How Multi-Asset Investing Became So Popular