Home > News > Market Moves > The Dollar Is in Peril of Getting Knocked Off Its Perch, Goldman Warns 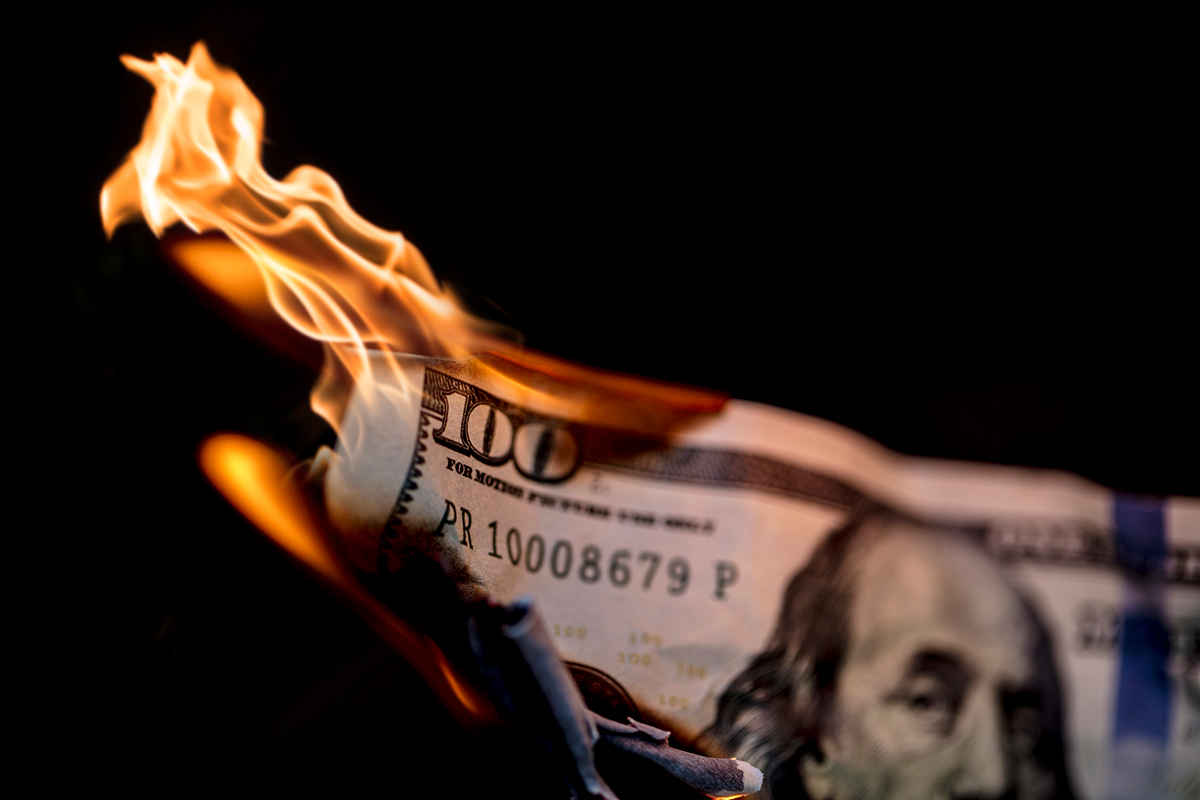 The US dollar is falling, and Goldman Sachs thinks there’s a danger that the buck will lose its standing as the world’s reserve currency.

Sure enough, the dollar has been on the wane since March 23, when the Federal Reserve, along with the White House and Congress, pushed out vast monetary and fiscal rescue plans. Since then, the US currency has lost 8.8% of its value against a basket of six other denominations.

While Capitol Hill nears passing a new $1 trillion round of stimulus and as the Fed has bought enormous amounts of bonds and other securities (its balance sheet has ballooned to $7 trillion from $4.4 trillion in February), Goldman wonders whether the bloat will end up harming the greenback’s value. These anxieties have prompted “real concerns around the longevity of the US dollar as a reserve currency,” Goldman strategists fretted.

And inflation could ensue, undermining the dollar, Goldman contended. “The resulting expanded balance sheets and vast money creation spurs debasement fears,” the investment bank’s analysts warned. Once the recession is over, they went on, “there will be incentives for central banks and governments to allow inflation to drift higher to reduce the accumulated debt burden.”

The US dollar has been the world’s reserve currency for decades, which means other nation’s central banks hold it as the ready means to pay debts and propel commerce. If it drastically lost its value, the dollar couldn’t fulfill those functions.

Gold’s latest rally, which has long been a harbinger of economic trouble, and nascent market expectations for higher prices are feeding such worries, the note pointed out. Indeed, the strategists predicted that gold could rise as high as $2,300 an ounce. Already this year, the yellow metal has gained more than 27%, and it closed Tuesday at $1,947. Typically, gold and the dollar are inversely correlated.

Inflation is low right now, but signs are popping up of a possible up-trend, although that likely wouldn’t burst into full view during a recession. The gap between Treasury paper and its inflation-linked cousins has widened threefold lately. Treasury yields are so tiny that, adjusted for inflation, they are negative.

Beyond the Goldman jeremiad—in fairness, the analysts conceded that their dire scenario might not come true—is the coronavirus factor.

Part of the dollar’s fall may be the entirely justifiable perception that the US is in trouble controlling COVID-19. That could translate into a slower economic recovery. The dollar’s skid is “partly driven by a sense that the US is having a harder time controlling the virus than others, which will see the US economy underperform,” wrote Kit Juckes, global macro strategist at Société Générale, in a research note.

Certainly, the death knell has been sounded for the dollar before. It actually was lower at the outset of 2018, amid fears over the US-China trade war. But the buck bounced back.

Why Nobody Cares About Trillion-Dollar Deficits

What Will It Take to Make the Dollar Weaken?