Home > News > Newsmakers > Exclusive: Jerry Albright Explains Why He Stepped Down as CIO of Texas Teachers 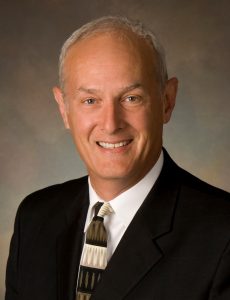 This morning, Teacher Retirement System of Texas (TRS) announced that Chief Investment Officer Jerry Albright, who has been at the fund since 1994, will be stepping down from the CIO role. Albright will continue to serve TRS on the internal investment committee for up to one year as senior managing director, Global Investment Initiatives. Deputy CIO Jase Auby, who has been at TRS since 2009, will take over as CIO.

When CIOs step down, industry insiders worry that they are facing a health obstacle. But Albright, 61, assured CIO in an email this morning that he is in good health, and is living a “blessed life.” Actually, it’s more about enjoying retirement, he said. “I have two 2-year-old grandkids. My wife is retired and it is time for me to devote more time to my own personal life. I have loved and been fortunate to have spent 26 years at TRS and will continue to be a champion of TRS,” he said.

Albright also told CIO that he wrote this succession plan in 2014. The only thing that changed it was when Britt Harris moved to UTIMCO and Albright quickly rose to the CIO post from deputy CIO in 2016. But after building the in-house investment team for five years, he had every intention of stepping aside to enjoy a less busy life.

“The plan has served us well. My goal was to set the strategy for the next five years and develop a team that would execute on that strategy. Both of these things have been accomplished,” Albright told CIO.

TRS has grown to $157 billion in 2019 from $147 billion in 2017 under his CIO leadership, according to comprehensive annual financial reports. It is the largest public retirement plan in Texas, supporting 1.6 million people.

He said in a press release through TRS, “It has been the honor of my lifetime to serve the members of TRS in many roles over the past 25 years. I end my tenure as CIO knowing that we have weathered some financial storms, but the fund and its strategy are on the right path for our members. Truly, we have built a great team to represent their interests moving forward.”

Albright spearheaded the current “Building the Fleet” initiative to bring more investment management talent in-house as the trust’s growth continued, and the fund is overseen by more than 180 full-time professional employees. Other projects included the development early this year of a recruiting-centered partnership with Howard University’s School of Business. In 2015, Albright directed TRS’s opening of the system’s successful London office and, in 2019, proposed opening an office in Singapore.

The actions of Albright moving to his new role and the appointment of Jase Auby (who has been at TRS since 2009) are the culmination of the succession plan presented to the board in 2016, according to the TRS  press release.

“I am honored and privileged to take over as TRS’ Chief Investment Officer and to continue leading such a diverse and talented team of investment professionals,” Auby said. “Jerry’s experience and leadership in our industry are widely recognized and I thank him for his support as both a mentor and a friend.”

On Albright’s stepping down, Board of Trustees’ Chairman Jarvis Hollingsworth said, “Jerry has always represented the highest level of integrity and financial acumen as he carried out his duties for the trust. I believe he has left a legacy that others will be able to follow for many years.”

“Jerry’s enthusiasm for public service will leave a lasting mark on our agency,” said TRS Executive Director Brian Guthrie. “He has always emphasized the importance of serving our mission first. And I believe he has done that successfully. I look forward to working with Jase Auby as he transitions into his new role and I fully support Auby’s promotion to CIO.”

Albright is also on the advisory board of the Finance Department at Texas A&M University;  the governing board as co-chairman of the Toigo Foundation, (an industry group whose mission is to foster the career advancement and increased leadership of underrepresented talent), and is a board member of the Council of Institutional Investors.

He told CIO: “I plan to continue to be a part of this industry in various ways that will allow me to continue to contribute to the community with meaningful impact.”

We wish Jerry a continued blessed life and will be following this story as it develops.

TRS Expands Diversity Recruiting by Partnering with Howard U