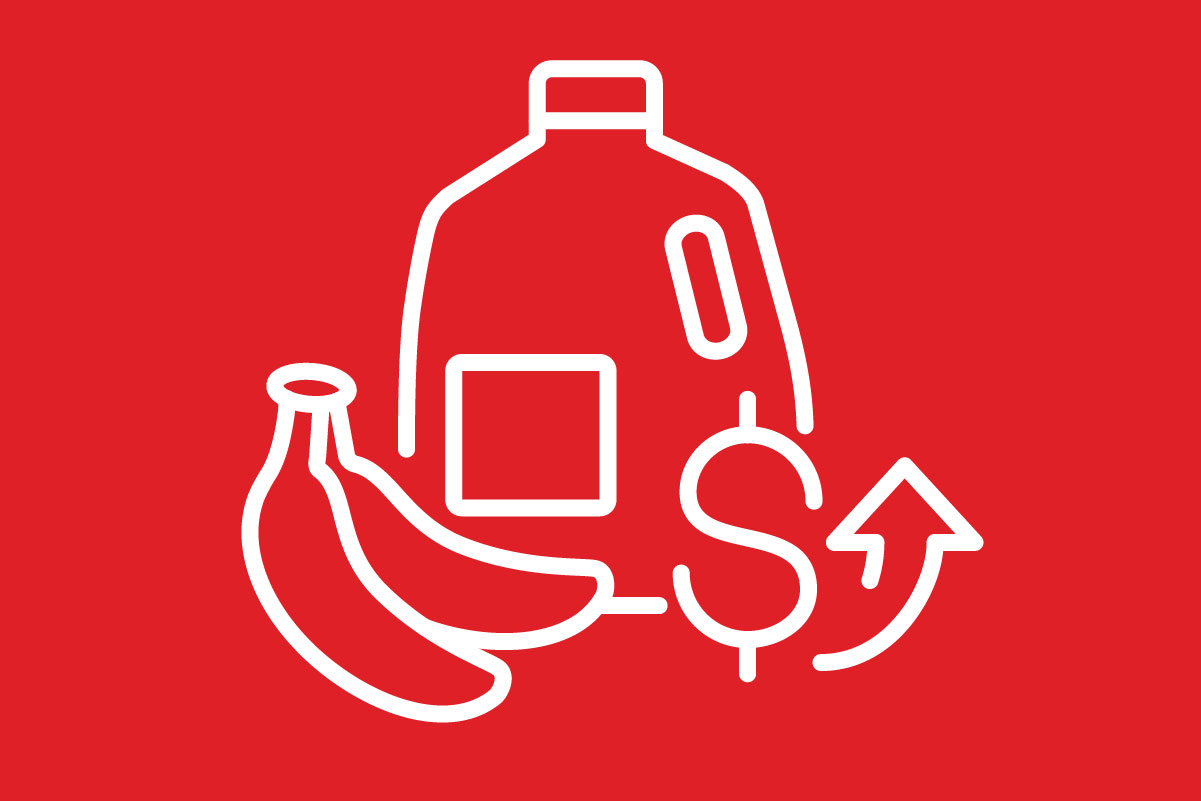 It may be cold comfort in this inflation-wracked time, but the price of food likely won’t continue its upward spiral much, at least for Americans. That’s the take from Pantheon Macroeconomics.

If so, that is welcome news for U.S. consumers. Also affected are institutional investors, such as pension funds, that have taken big positions in agricultural stocks and limited partnerships.

Indeed, food price hikes are less harmful to wallets than oil price increases, according to Ian Shepherdson, the firm’s chief economist. “The surge in commodity food prices since the invasion of Ukraine is startling, but—spoiler alert—it is not going to wreak anything like the same havoc on the U.S. inflation numbers or consumers’ cashflow as the spike in gas prices,” he writes in a research note.

The story is different in emerging markets, mostly poorer nations where food costs make up a larger portion of disposable incomes, Shepherdson observes. Street protests, civil unrest, and the overthrow of governments can result from food scarcity, particularly in places where farm output isn’t strong. A case in point, Shepherdson writes, is Egypt in 2011, when escalating wheat prices helped produce the Arab Spring and unseated President Hosni Mubarak.

To help alleviate any food shortages, the leaders of the G7 nations on Thursday agreed to work together to bolster food security in places where the Ukraine war is producing shortfalls. The leaders of the world’s seven biggest economies, meeting in Brussels to confer about the Russia-Ukraine confict, pledged to shunt extra aid through international organizations such as the World Food Program.

Wheat prices are at their highest level in 50 years. Russia supplies almost 20% of the world’s output, while Ukraine furnishes just under 10%. Much of that output has been lost owing to the conflict shutting down Ukraine’s transportation hubs and the international sanctions against Russian exports.

In the U.S., the Pantheon report says, most of the food is processed, as opposed to in emerging nations such as Egypt, where the public is more exposed to raw commodities prices. For American consumers, much of the cost of a loaf of bread is not the wheat.

As Shepherdson explains the breakdown: “At $13.00 per bushel, that means the cost of the wheat is about 31 cents. Right now, Kroger supermarkets—the biggest chain in America—is offering a 1.5-pound Sunbeam white loaf for $3.79, so the wheat accounts for just 8.1% of the purchase price.”

This has accounted for food price escalation in the U.S. although Shepherdson views it as relatively mild. McDonald’s recently raised prices 6% due to the climbing costs of beef and other foodstuffs.

The February increase of the Consumer Price Index, which shot up 7.9% year over year, demonstrates how much energy costs have outpaced food ones. Energy was up 25.6% and food just 7.9%.

Pension funds have taken sizable positions in farmland and agriculture, so they are affected by the price hikes, presumably on the plus side. They, of course, are long-term investors.

Maybe the Drought Won’t Be That Bad for Ag Commodities