Home > News > Manager Selection > Get Ready for an Earnings Slowdown 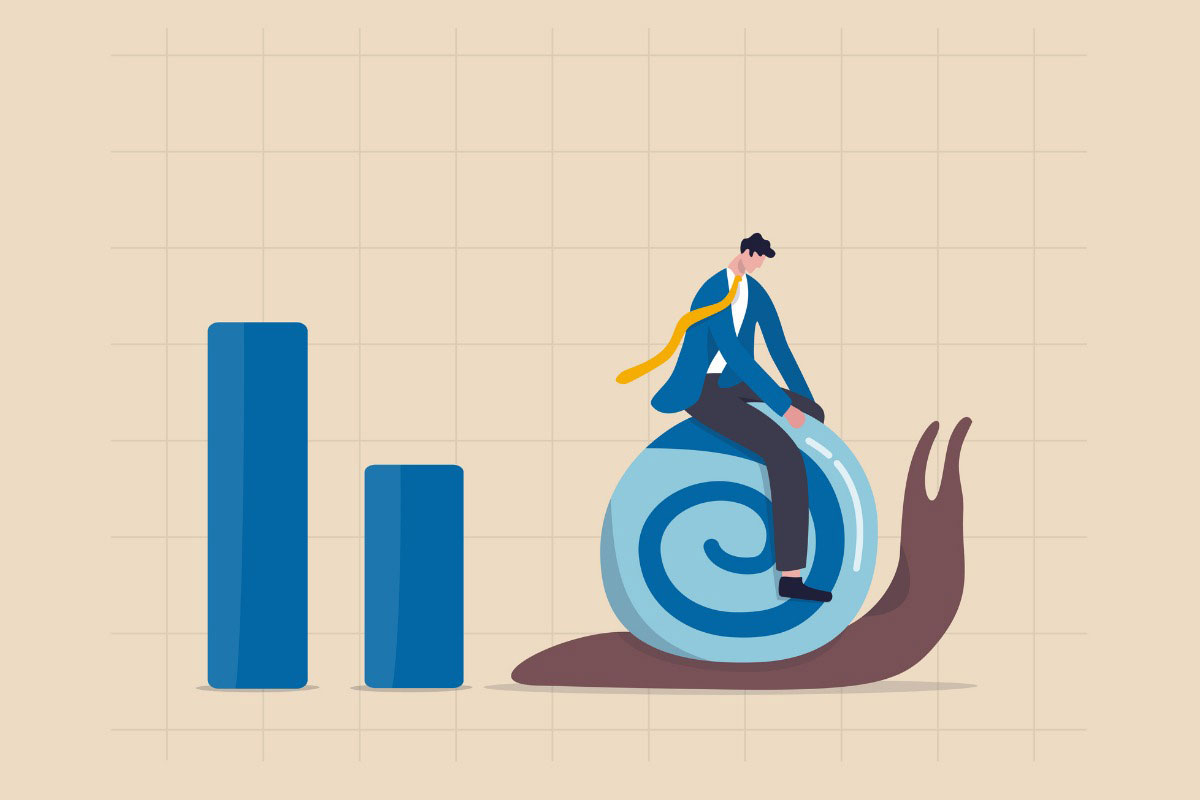 Earnings increases have been lush for many years as the economy expanded, and especially on the rebound from the 2020 COVID-19 slump. Analyst estimates for this year are for a 27.6% jump in S&P 500 earnings per share (EPS), according to FactSet research.

But, for next year, expect a downshift, say the prognosticators at the vaunted Ned Davis Research firm. Cyclical factors—we’re late in an economic cycle—plus compressed profit margins and possible federal tax boosts should stunt 2022 EPS growth, says a study by Chief US Strategist Ed Clissold and Senior Quantitative Analyst Thanh Nguyen.  They point to the latest analysts’ consensus: 9.8% next year, down from a previous 16%.

To them, an EPS falloff is “a big risk getting little attention.” The 2020 recession was short and sharp, and constituted an anomalous intrusion in the economic expansion that has been underway for years, say many on Wall Street. So maybe the EPS slowing won’t be so bad, those diviners argue.

But to Clissold and Nguyen, a key factor is that next year is late in the game for blow-out earnings. Especially as the upcoming gains won’t be measured against 2020’s sudden swoon. “The bottom line is that earnings growth slowdowns are common at this stage of the cycle,” they wrote.

No doubt, the last decade has been good for earnings, which are a major component in driving stock prices. The best performance during that spell was in 2018, with EPS leaping 20.5%. The bad years were 2020 with its 32.5% shrinkage and 2015 with a slightly smaller one (negative 15.4%); in 2012, a half-point dissolved in 2012 amid the European debt crisis. Most of the rest of that time, EPS rose at a nice pace.

The Ned Davis duo don’t expect the amazing tempo of earnings beats to continue, they wrote. In this year’s second quarter, the number of actual EPS results that beat analysts’ projections rose an astounding 90% vs. in the previous period, the firm’s stats indicate. “Even if analysts are realistic about 2022, it is unlikely that beat rates will continue to hit record high after record high, [as] they have this year,” Clissold and Nguyen declared.

The current momentum of sales growth, which feeds earnings, is unlikely to keep going, they opined. Reason: slowing economic growth, owing to supply bottlenecks and pinched consumer spending from continuing virus fears, as the Conference Board also contends.

Profit margins likely will be constricted due to supply shortages, rising commodity prices, and shipping constraints, the Ned Davis experts said. Higher wages also could hinder profit increases, now running hot at 4.3% over the past year, they noted. That, they say, is the most in 15 years.

“By this point in previous expansions, the easy gains in gross margins had already been made” they observed. “Can companies continue to drive gross margins higher in the face of rising input costs, including wages?”

And then there’s the impact of tax hikes, which admittedly may be blocked in an evenly split Congress. “Our analysis has shown that a modest tax increase would lower after-tax earnings by less than 5%,” they wrote. “While small compared [with] other factors, a tax hike could add to the earnings growth deceleration that was already going to happen.”

Trump Is No. 2 Earnings Grower Among Post-WWII Presidents

« Will Higher Savings Propel the Economy? Maybe Not