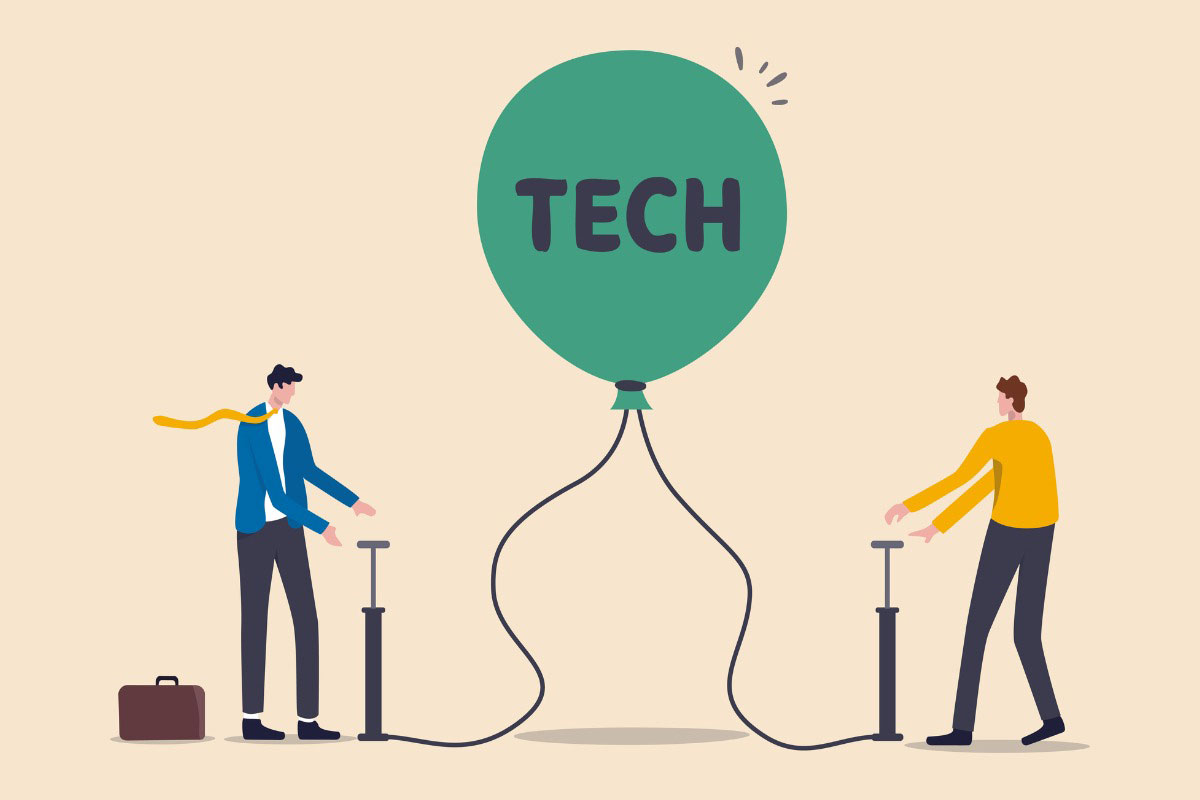 For a long time, the usual behemoths have ruled the stock market: Facebook, Apple, Microsoft, Amazon, and Google-parent Alphabet—collectively known as FAMAG.

Last Friday, with the release of a strong jobs report, these big kahunas mostly dipped—Facebook was minutely ahead—while the overall S&P 500 advanced 0.17%.

To Jim Paulsen, chief investment strategist at the Leuthold Group, tech stocks are in danger of losing their market leadership amid investor clamor for smaller offerings. The robust gain in jobs last month should bring new energy to the economy, which in turn would filter down to the less-renowned quarters of the stock market. “You’ll see a movement to cyclicals and small caps and away from defensive and growth stocks,” he said.

This comes after the giants scored enormous earnings in the second quarter. Together, their revenue increased 36%, to $332 billion, a pattern set when the pandemic started last year.

The monsters have slipped out of leadership before, albeit not for long. Earlier this year, the Nasdaq 100—of which the FAMAG stocks are the most prominent members—encountered back-to-back drops: from mid-February to mid-March (down 10.9%) and from late April to mid-May (off 7.2%), as Washington and other nations’ governments made noise about curbing their power. Since then, the index of Nasdaq’s largest stocks has vaulted 16%.

Should another tumble be in the offing, the propellants likely will be that investors aren’t crazy about the huge price/earnings ratios that the biggest tech players command, Paulsen noted. What’s more, assuming that COVID’s Delta variant doesn’t harm economic growth too much, the smaller stocks are coming into their own, thanks to more money available via earnings increases across the board, he added. Plus, he said, he doubted that bond yields will rise much more and thus divert investment dollars away from the stock market.

Paulsen pointed to the 11% rise in gross domestic product (GDP) over the 12 months ending June 30. “Even if it goes down to 6%, that’s better than in recent decades” and should leave enough for the smaller stocks to flourish, he argued.

How to Take Advantage of the Coming Market Surge

Is an Equal-Weighted Stock Index Better Than a Tech-Heavy One?

« Is an Equal-Weighted Stock Index Better Than a Tech-Heavy One?