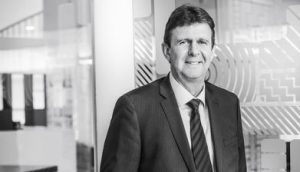 Haukur Hafsteinsson, the managing director of Iceland’s largest pension, the Government Employees Pension Fund, or Lífeyrissjóðs starfsmanna ríkisins (LSR), has resigned and will leave the organization in early summer, the fund said.

“I will be 65 in the fall of the coming season and just think that now is the right time for change,” Hafsteinsson said in a statement.

“For years, Haukur has been the driving force, the center of gravity and the face of the Pension Fund of State Employees,” Petursdottir said in a release. “He is one of the most experimental leaders in the pension system in Iceland. He leaves a gap waiting for the fund’s board to fill. Obviously, it will not be easy.”

Neither a replacement for Hafsteinsson, nor a search for one has been announced.

As of the end of 2017, which is the latest available information, the fund had total assets of 821.7 billion Icelandic Krona, or just under $7 billion at current exchange rates, and served 31,029 active members, and 22,266 members receiving pensions and other benefits.

Hafsteinsson has been with LSR since 1985.