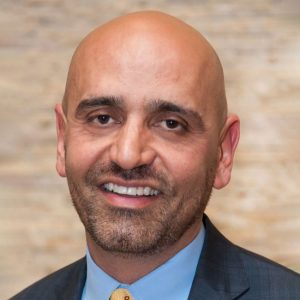 For the first time since 2000, the $4.4 billion Metro Government of Nashville and Davidson County’s pension system in Tennessee is fully funded, with the plan finishing the fiscal year at 115% funded on a market value basis.

The Nashville & Davidson County Metropolitan Government Employees Benefit Trust Fund was up 35.99% for the fiscal year ending June 31 while the benchmark was up 25.78%.

“The fund had good, high performance from all asset classes with private equity contributing the most, but even traditional fixed income exceeded the benchmark by over 700 basis points [bps], mainly due to the low duration call,” Chief Investment Officer Fadi BouSamra told CIO.

The plan targets 42% of its fund to alternative investments, consisting of 12% real assets, 12% private equity, and 18% alternative fixed income.

On Thursday, the fund also made a new $30 million investment in the Greenspring Secondaries V fund. It also re-upped its commitments with two existing managers by allocating an additional $25 million to the European lending separately managed account (SMA) managed by Arcmont, (the plan had previously committed $100 million to the SMA), and a 15% allocation to opportunistic credit in the MC Capital Hygeia SMA (the plan already has $100 million committed to the fund).

When asked about the advantages of the aforementioned existing managers, BouSamra told CIO, “Greenspring’s Secondaries fund is benefiting from the network effect of its platform. MC Capital and Arcmont are in the lending allocation within our fixed income alternatives. This allocation will play an increased role in the future now that we are well funded.”

He added, “We continue to grow our stable of high confidence funds and expect to add two more focused on venture by the end of the year.” He said the investment team used NEPC to help with due diligence in the coronavirus virtual environment, and the team has identified venture capital firms of interest for the additional allocations.

These Are the Top Private Equity Pension Funds in America

« The Federal Reserve Is Foot-Dragging on the Digital Dollar, Yardeni Complains