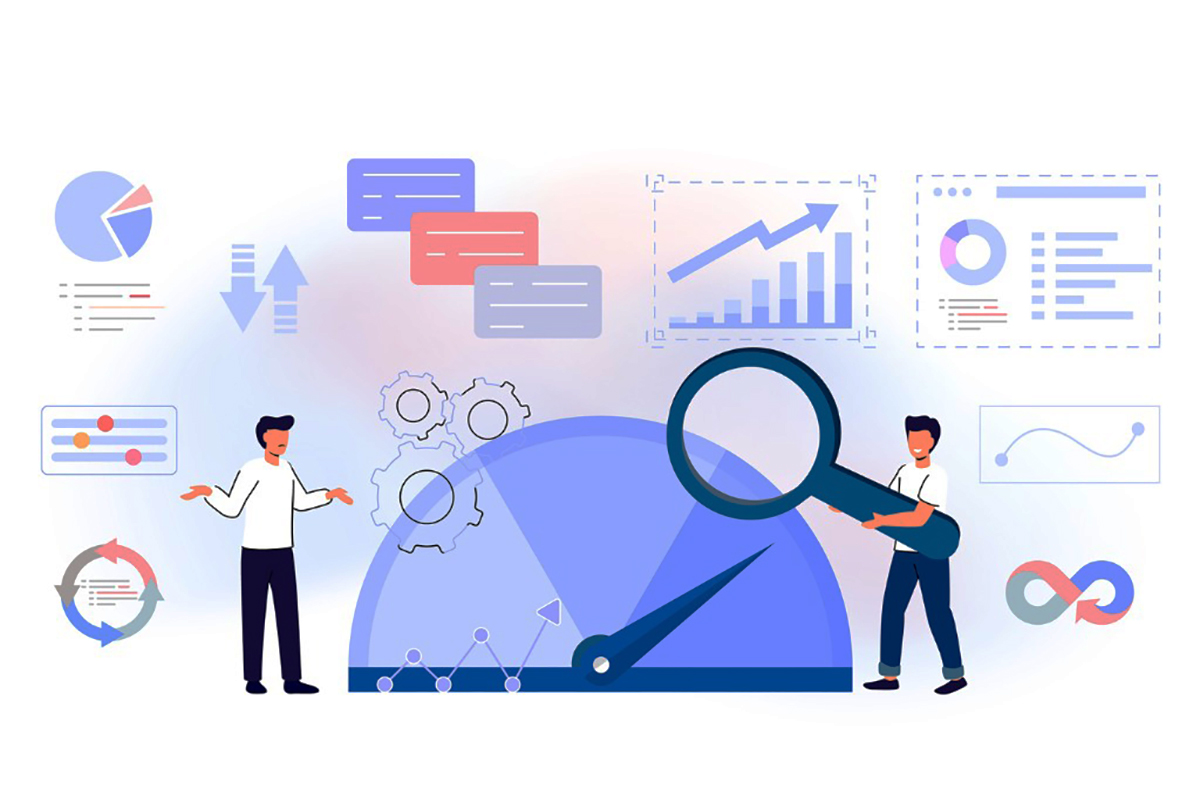 In a recent academic paper entitled “The ‘Investor Identity’: The Ultimate Driver of Returns” written by Stanford University’s Ashby Monk and Dane Rook, the argument is made that institutional investors’ “identity”—the meshing together of their organizational capabilities—is the leading driver of returns within a portfolio, above and beyond asset allocation.

The paper found that institutional investors all generate returns in the same manner: “They take capital, people, processes and information as inputs and combine them to generate investment returns, which increases financial capital,” wrote Monk and Rook. The paper noted that these four inputs are also independent of one another, though having high quality in one category can increase the quality of another.

Governance refers to an organization’s self-management. “There are many mechanisms through which governance can be administered, including boards, committees, councils (via trustees), individual governors or guardians (as they’re dubbed in New Zealand),” wrote Monk and Rook. “These groups/individuals provide oversight for management teams and help guide the delegation of roles and responsibilities (processes). These entities also set rules for asset allocation and portfolio implementation (capital), e.g. ‘no short-selling.’ They also make decisions on hiring and remuneration (people), as well as spending on technology, data and other fuel (information) for decision making.”

Culture, the paper defined, “is the values, norms and non-formalized ways of doing things in an organization.” Culture is most effective when aligned with overall firm objectives, purports the paper. “Culture has a strong influence on employee motivation, retention, learning, creativity and fastidiousness,” wrote Monk and Rook.

Technology, as a generative asset, according to the paper, “[can] expand the frontiers of what an organization is capable of doing, enhance efficiency, clarify known unknowns, and help in converting uncertainties (outcomes that are hard to quantify or assign probabilities to) into concretely defined risks.” Technology can improve the quality of the four inputs by allowing professionals to be more effective, devote time to more high-value tasks, remove repetitive tasks and streamline and disseminate signals about the economy and markets throughout an organization.

“Technology can be the easiest to change and has the greatest payoffs from any adjustments, because, when properly executed, it can do a brilliant job of reinforcing (and even reshaping) governance and culture,” the paper offered. “To improve long-term performance, investors absolutely need to examine their governance, culture and technology, as well as ways in which these enablers can be better utilized to improve the quality and combination of their inputs.”

The paper contended that beyond the seven elements of identity, a key element in driving returns above asset allocation is “who” exactly is making the investment and what their mission in investing serves. Aptly naming this differentiator as an investor’s “thumbprint,” the paper cited Australian superannuation fund Cbus as an example of how investor identity helps to inform its return profile. Cbus serves the construction industry and has leveraged membership’s expertise in the industry to provide a world-class operation in direct infrastructure investing.

The paper broke down five historic investment models—the Yale model, the Canadian model, the Collaborative model (as used at CalSTRS), the Norway model and the Australian model—in relation to the four necessary inputs that aid in investment return.

The Yale model, developed in the 1980s, orientates toward highly illiquid, alternatives-heavy portfolios with significant exposure to equity risk. Under this model, the investors utilize external partners who have unique, world-class capabilities in managing specific investment risks. At the Yale endowment, “Reliance on external managers is so strictly followed that the fund was known to reject co-investment opportunities,” the paper noted.

The Yale University endowment has a very long-term time horizon and, technically, has an infinite window to assume risk, allowing the endowment to hold a high density of illiquid assets. The endowment leverages its university amenities and talent, such as by having faculty and students assist in the operations of the endowment and by hosting alumni and external managers at its private golf course to identify external asset managers. “The university’s culture therefore extends into how the endowment is run and is a key driver in how the fund operates,” wrote Monk and Rook.

In terms of the endowment’s process, the CIO oversees all investment decisions with a highly expert internal team, and the model’s governance processes are similarly led by highly expert board members. The Yale team invented a new financial model for forecasting liquidity and cash positions in illiquid assets called the Takahashi approach, which is used to manage the model’s illiquid asset allocation. “The Takahashi approach to liquidity modeling is still being used around the world and has allowed Yale to lead its peer group in terms of the sophistication of its liquidity management program,” according to the paper.

“Thanks to sophisticated governance, the Canadians are able to compensate their people far beyond what other pension funds worldwide do,” wrote Monk and Rook. “[This leads] to sophisticated delegation frameworks, risk budgeting, and so on.” Canadian pensions have recruited highly networked and educated employees, who bring practical experience and advanced degrees. They are able to prioritize both people and technology with their budget via savings on management fees charged by external managers.

The collaborative model, one recently employed by the California State Teachers Retirement System, seeks to “use innovation to reduce the cost of expensive alternative investments, while increasing alignment of interests and performance,” wrote the authors of the paper. “Collaboration with peer investors is the chief mechanism by which the requisite innovation is achieved—by means of experimentation with new assets, as well as combinations of people, processes, and information.” By partnering with its peers, an institution’s capital base is effectively increased and becomes many times larger than the capital possessed by the fund itself.

According to the paper’s authors, the collaborative model allows an institutional investor to “bring more skills and experience to its investment decisions, [and] assemble peers around an innovative idea, [meaning] the fund can be bolder in its culture of innovation.” Further, the collaboration model diminishes reliance on existing governance and processes and minimizes challenges of compensation and recruitment that domestic pensions, specifically, face. Additionally, the model helps boards reduce costs by running more efficient processes, with more complete information stemming from its involvement in collaboration.

The Norway model emerged in the late 2000s at Norway’s sovereign wealth fund and is seen as a mechanism for good governance. With more than $1 trillion in assets, Norges Bank Investment Management is a universal owner, “[owning] roughly 1% of everything in the world.”

The model is celebrated due to its emphasis on strong governance and fostering a culture in which “people are motivated to work for [the Norwegian SWF] because it has a uniquely large capital base (one for which no fundraising is needed) and cultural relevance (it has an ethical mandate that’s unique in the world of investing),” wrote Monk and Rook. The Norway model invests heavily in technology, as it manages a passive in-house portfolio that has its own capital market capabilities, contributing to the success of the model.

The Australian model, often called superfunds, differs most obviously from the other models, because it is a defined-contribution scheme, which faces the real potentiality of a limited supply of capital to invest. Australian plans “are defined contribution plans that are in competition with one another for members and survival. This means capital is not secure; they can lose it if they don’t meet the highest standards of performance. It’s this competition that creates a highly innovative environment,” wrote Monk and Rook.

Because of the competition, these superfunds prioritize a member-first ethos, cultivating a relationship with members more like an advisor-advisee relationship than a pension-pensioner relationship. The social mission of serving members’ long-term interests as the primary reason for their work “has helped attract remarkable people to work at these funds, even when the compensation is not as high as private sector jobs,” wrote Monk and Rook.

In essence, superfunds operate more like U.S. endowments than U.S. public pensions, and the governance and processes structures that exist empower superfund teams to be sophisticated players on a global scale. Monk and Rook acknowledged that superfunds have been labelled as “‘reliable partners’ and ‘fast movers,’ which is rare in the world of pensions.”

The framework promoted by the academic paper “should help investors understand the key drivers of performance in their organization, and how those drivers can be improved and contribute to new allocations or implementation choices,” wrote Monk and Rook.

To leverage this framework and improve risk-adjusted returns, institutional investors should “evaluate where their inputs and enablers are better than their peers’, to drive meaningful competitive advantages—and thus reliable outperformance,” the paper concluded. “[They should] understand their organization’s weaknesses, and study ways in which enabling resources (culture, governance and technology) might be reconfigured to improve the quality of their inputs, and how they can be combined. [They should] consider how to make innovation systematic in their organizations, by earmarking specific resources for it. [They should] make significant changes to their allocation or implementation strategies only after analyzing their identity (inputs, enablers and innovation capacities).”

CalSTRS Reports Saving More Than $1.2 Billion in Portfolio Costs Since 2017

What Makes the Yale Model of Investing So Successful?

« Tesla Seems to be Doing Fine With Musk Otherwise Engaged