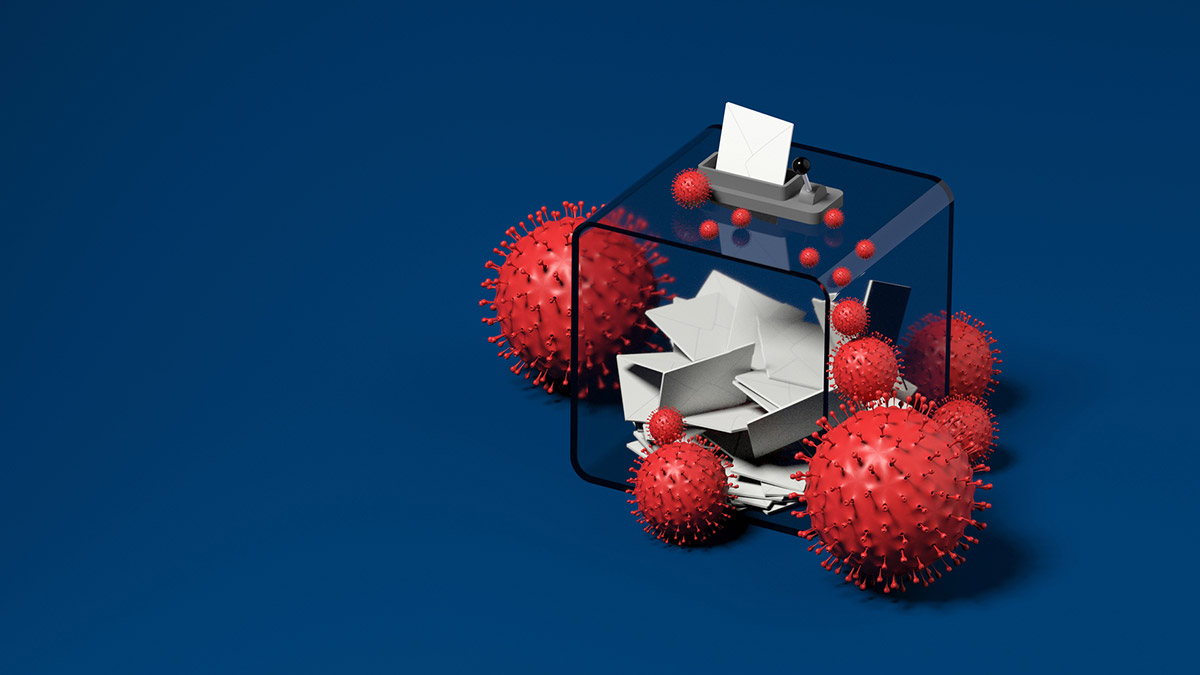 Americans have 75 days between now and the Nov. 3 presidential election. But just think of the market impact of a delayed conclusion to the race, as recounts and court challenges roll on.

Judging by the market’s swoon 20 years ago, amid the five-week period of uncertainty until a winner was called in the Bush-Gore contest, investors will get walloped. Although temporarily painful, maybe overall a delayed election conclusion won’t be so bad. That’s the argument of UBS, in an analysis.

A stock market slide is likely, and a lot of volatility, too, wrote Thomas McLoughlin, the Swiss banking giant’s head of fixed income for the Americas. Also, expect a rush into refuges such as US Treasury bonds and gold, he contended.

Any market downdraft will probably be reversed, and trading turbulence should subside, he wrote. “Fortunately, while equity markets are likely to react to the resulting policy uncertainty,” McLoughlin explained, “we expect that the volatility would be relatively short-lived.” That was the case two decades ago.

As former Vice President Joe Biden is set to become the Democrats’ standard-bearer Thursday, and President Donald Trump claims the GOP nominee’s mantle next week, expectations are rife that the battle for the White House will drag on beyond Election Day.

The fight over the count already is underway. Trump, for instance, is trying to curb mail voting, which he charges favors Biden’s party. Democrats are seeking to force the US Postal Service to deliver the ballots without delay, and they say the Republican-controlled agency is trying to sabotage a full count.

The last time the nation faced the bollix of a delayed election conclusion, in 2000, the controversy turned on disputed returns in Florida. The standoff prompted a rancor-filled recount, an issue that landed before the US Supreme Court. The high court halted the recount and awarded Florida, and the presidency, to Republican George W. Bush. The Democratic candidate, then-Vice President Al Gore, conceded the race on Dec. 13, five weeks after the election.

The market dislikes uncertainty, then and now. During the interim period in 2000, stocks swooned. The Dow Jones Industrial Average dropped more than 5% in the two weeks following the election. According to UBS, academic research finds that most market declines occur in the first four trading days after an uncertain election outcome.

Right now, most polls show Biden with a good lead. Yet a lot can happen over the next two-plus months. Trump and Biden will meet each other for three debates, which voters are sure to watch closely.

The only rule governing a prolonged post-election fracas—and it’s in the Constitution—is that the next president must be sworn in on January 20, 2021. Different scenarios abound about what stocks to invest in if Trump or Biden wins, tempered by the makeup of Congress (now split between the two parties). Figuring out what to do, other than to sit tight, during a long tussle over vote counting is far tougher.

As UBS’s McLoughlin couched the matter, now “is too early to adjust portfolios in expectation of a close contest in battleground states.”

BofA: The 3 Market Risks You Haven’t Thought About