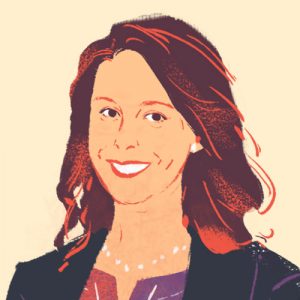 Jourdan will head to the New York-based family office after spending more than five years managing portfolios at Mercy Health’s $2.9 billion fund. During her tenure, she also led the socially responsible investing initiative at the Catholic nonprofit health organization, which is headquartered in St. Louis, Missouri.

She will answer to Chief Investment Officer Seb Calabro, who started at Granger Management in October after a decade at a New Jersey-based risk advisory firm, according to LinkedIn. The leadership team also includes Andy Walter, a founder and managing member, and Geraldine McManus, managing member.

At Granger, Jourdan would presumably manage a much smaller fund. As of September, the family office managed nearly $760 million assets for 21 clients, according to a public disclosure.

The bulk of Mercy’s assets are now being managed by an outside firm—namely, Granger. Granger, according to Institutional Investor, reportedly is now managing $2 billion in assets for Mercy Health.

In November 2019, Mercy Health CIO Tony Waskiewicz left the fund after sources said the health organization conducted a review of its balance sheet. Mercy said the parting was amicable.

Neither Jourdan nor Granger responded to requests for additional comment. Mercy also did not respond to request for comment.

Jourdan previously was an investment strategist at Prime Advisors, a core fixed income asset manager. She is also a member of the Archdiocese of St. Louis’s investment committee.

In 2020, she was named NextGen of the Year by this publication as the allocator most likely to soon be named CIO at a fund. She won the title after answering a series of rapid-fire questions along with other candidates.

Elizabeth Jourdan NextGen of the Year

« The Market’s November Was Spectacular, So December Will Be … Down?