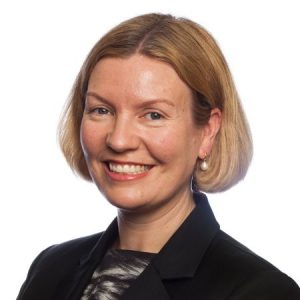 Following the announcement of a new chief executive officer, merging Australian superannuation funds Equip Super and Catholic Super will be getting a new chief investment officer as well.

Anna Shelley will run the money for both funds in the interim, eventually managing the single fund when its assets become A$26 billion ($17.6 billion). The flurry to hire a new chief comes weeks after the resignation of Equip’s CIO, Troy Rieck. Shelley has been the CIO of the A$10 billion Catholic Super since April 2018.

Earlier in the month, Scott Cameron, CEO of stock transfer company Computershare, was announced as the new head of both Catholic and Equip Super. Like Shelley, Cameron will also lead the unified fund.

The merger comes as the Australian government calls for the consolidation of the superannuation fund industry following poor performance and transparency issues. In March, officials claimed that there were too many funds that underperformed and suggested that it would be healthier for the industry and its beneficiaries if larger plans absorbed smaller ones.

Other funds, such as First State Super and VicSuper, have also decided to merge in the aftermath.

While the two supers will be managed under the same organization, the brands will remain separate. Equip Super Chairman Andrew Fairley predicts this structure will help bring the new fund’s assets to about A$50 billion by 2025.

“This CIO appointment is an opportunity to align the two funds from an investment perspective and strongly position us for further growth,” Fairley said. “It brings greater business continuity and enhances our capacity to continue to deliver for members, with scope for additional expansion.”

A superannuation fund invests a nation’s pension assets for an entire sector, such as health care or labor workers.