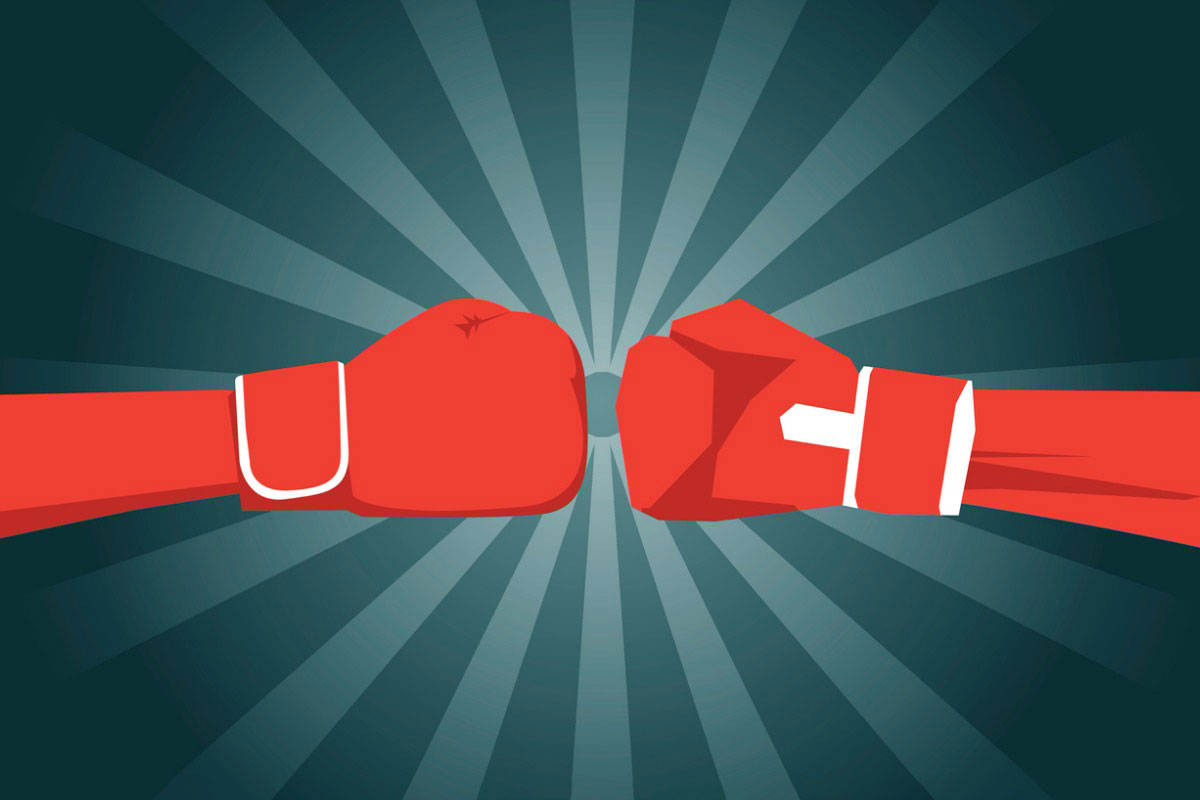 In the annals of turnarounds, Apple and Microsoft are legendary. Following their late-20th century heydays, the two looked like has-beens. Now, Apple has the world’s largest market capitalization, and Microsoft is hot on its tail.

The market rivalry took a fresh turn this week with a sharp gain in the software giant’s share price amid good earnings news, as the iPhone maker stumbled on the profit front. As Bespoke Investment Group points out in a research note, “Microsoft is suddenly challenging Apple for the title of world’s largest company.”

As of Thursday’s close, Apple had a market cap of $2.52 trillion versus Microsoft’s $2.43 trillion.  The once-wide spread between the two has been narrowing.

Apple on Thursday reported a slight drop to earnings per share (EPS) to $1.24 for its September-ending quarter, despite a 29% revenue climb, amid supply constraints. The company, whose stock price rose 2.5% in yesterday’s trading, reported its results after the market closed Thursday. Then the price dipped 3.5% in after-hours trading.

Microsoft stock has had better fortunes following its post-close Tuesday earnings report, which logged a 48% boost in profits and 22% increase in sales, thanks to its booming cloud business. The shares rose 4.6% over the next two days.

In late December 1999, just before the era’s tech bubble popped, Microsoft had a market cap of $615 billion, far overshadowing Apple’s $15.9 billion, according to Bespoke. At that point, Apple’s allure from the 1970s and 1980s had dimmed. Microsoft had a long fallow period after the 2000 dot-com crash. The two had previously clashed over Apple’s contention that Microsoft stole Apple interface elements to create Windows 2.0. Apple lost a court suit over that charge.

Following the triumphant return of co-founder Steve Jobs to Apple (he had been booted in 1985), the company enjoyed a surge of innovation—the iPod, the iPad, and eventually the iPhone—that by 2010 propelled its market value past that of Microsoft. With a stagnant stock, Microsoft’s struggles continued for another five years until its Azure cloud service and Office 365 kicked in.

The two have traded the market value lead ever since. This past January, Apple (then at $2.4 trillion) held its widest lead over Microsoft ($1.74 trillion), Bespoke says. Since that peak on Jan. 25, though, Microsoft has been rapidly gaining.

“It will only take another small move higher on a relative basis for Microsoft to eclipse Apple’s market cap at this point,” Bespoke declares.

« Brown Leads Ivies for Third Year in a Row, as Columbia, Harvard Lag Behind