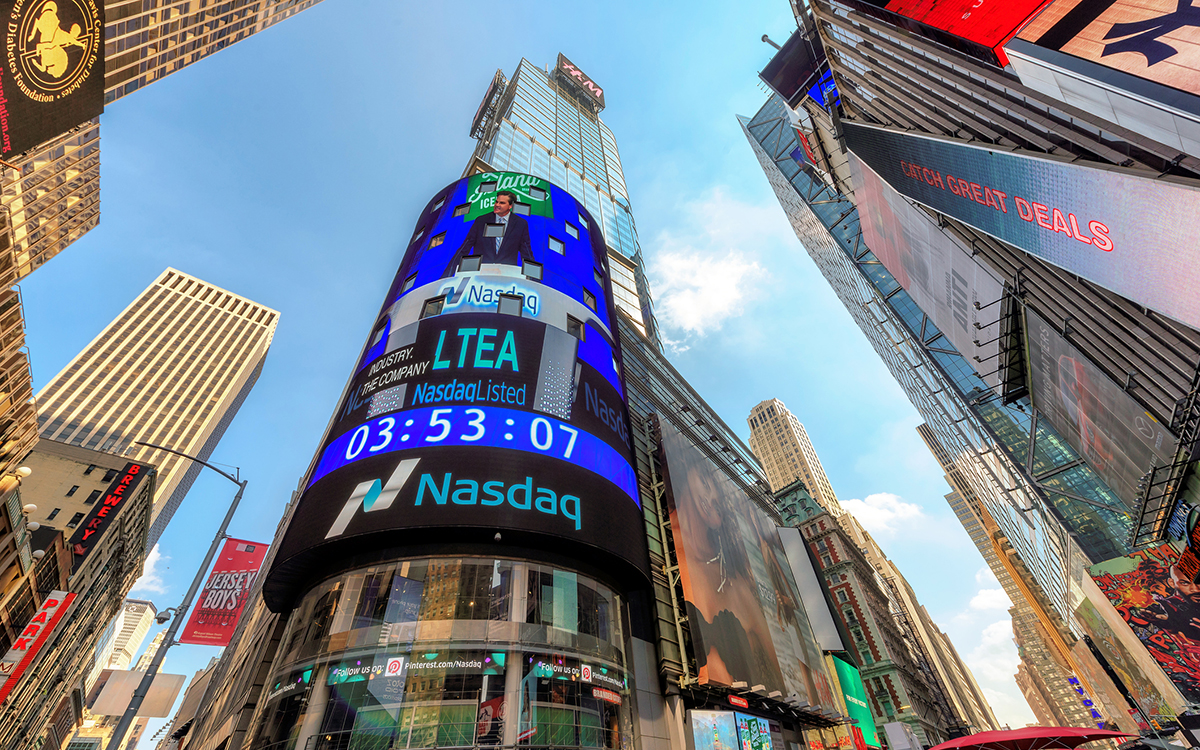 The Nasdaq, and stocks in general, bounced back Tuesday, a welcome interruption to a late-summer downdraft. But Morgan Stanley thinks the tech-laden index’s elite Nasdaq 100 has more to fall—and indeed is only halfway to its trough.

A slide for ever-ascending tech hotshots has been anticipated for a while on Wall Street. And, over the past three weeks, it has actually come to pass. “This is what happens when stocks get so extended—corrections can be much bigger when remaining in an uptrend,” Michael Wilson, the firm’s head US equity strategist, wrote in a client note.

The exchange-traded fund (ETF) that tracks the Nasdaq 100, the Invesco QQQ Trust, is down 10.2% this month, as of Tuesday’s close. That’s after its 1.8% blip up yesterday.

To be sure, year to date, the QQQ still is ahead dauntingly, by 26%. That’s compared with 3% for the S&P 500, which has been led by the big tech names, although the broad-market index has many more stocks that have zero to do with technology. But what’s significant is that this month the Nasdaq 100 has done worse than the S&P 500: down 8.7%, versus 6% for the S&P.

Gravity, Wilson believes, will prevail at last for tech stocks. Friday’s QQQ fall was the steepest since 2000, he said.

Over-exuberance for tech stocks still has a way to go, according to Wilson, who last month said the Nasdaq 100 was headed for a fall. There remains too much bullish sentiment surrounding the tech darlings, in his estimation.

Evidence: Open interest on call options, which are bullish because their investors are betting on stocks rising, is large for the likes of Facebook and Apple.

Added proof of overweening optimism for tech stocks is the continued commitment of hedge funds to them, Wilson wrote. The hedgies’ inclination, he indicated, is they “are letting it ride,” expecting more upside.

But these tech giants, all members in good standing of the Nasdaq 100, still have enormous market caps. Three of them are well over $1 trillion, led by Apple, the world’s most valuable company, at almost $2 trillion.

What’s more, they have stayed hugely expensive, far more than the market’s historic price/earnings (P/E) ratio of around 15. The cheapest is Facebook at a 31 P/E and the most costly is Amazon at 119.

The market is rewarding their dizzying growth. Look at Netflix, the smallest of this sextet in market cap terms, with $216 billion. In the year’s first half, ending June 30, the streaming service amassed $1.4 billion in earnings, up 81% from the comparable 2019 period. The stock now changes hands for a lofty 82 P/E.

Goldman’s 10 Reasons That the Bull Market Will Resume