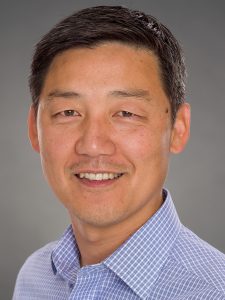 Kim will replace John Skjervem, who announced his departure last month to join the California-based investment consulting firm Alan Biller and Associates, where he will replace founder Alan Biller as CEO beginning in April. Skjervem had served as the state treasury’s CIO since 2012.

“I’m excited to be able to serve Oregon and the Oregon State Treasury in this new capacity,” said Kim, who has served on the Oregon Investment Council (OIC) since 2016. “The talented and dedicated professionals in Treasury’s investment division are the best in the field, and it’ll be an honor to work directly with them on behalf of Oregonians.”

Deputy Treasurer Michael Kaplan said, “John oversaw meaningful, long-lasting changes to our investment division, and we want to build on that important work. Not long after we let OIC members know about John leaving, Rex expressed interest in the position, which seemed too good to be true. After interviewing Rex, we knew we’d found the right person to lead the team and help further strengthen our investment program.”

The fund last year decided to reallocate some capital away from public equities, and into risk-parity and alternatives-focused diversifying strategies.

Kim brings with him experience from several different investment-related agencies over a period of 25 years, with a focus on asset management and investment consulting. His resume includes serving as a senior consultant at Multnomah Group, a managing director at Tallwoods Partners, a portfolio manager at Common Sense Investment Management, and the director of hedge fund research at CTC Consulting. He’s also served as an adjunct instructor, teaching courses in finance.