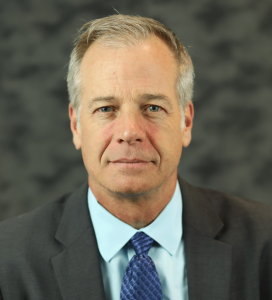 Skjervem, the chief investment officer for the Oregon State Treasury, will leave his Oregon post at the end of March and will join the California investment consulting firm of Alan Biller and Associates in April.

The news was announced in a release by the investment consulting firm. Oregon State Treasury officials could not be immediately reached for comment, but it is expected that they will pursue a national search for Skjervem’s replacement.

Skjervem took over the pension fund and other investment activities for the state treasurer’s office in 2012. Before that, he was an executive vice president at Northern Trust.

He held a variety of portfolio management and leadership positions at the Chicago bank, including chief investment officer at the firm’s wealth management division.

At his new firm, Skjervem will replace founder Alan Biller as CEO. Biller will remain as chairman of the firm and will stay active in both the firm’s operations and client service initiatives, the press release said.

The firm is known as a major consultant for union pension plans and has aggressively expanded its outsourced chief investment activities over the past few years, using delegated authority to make investment decisions for many of its clients.

Biller’s largest client is the Western Conference of Teamsters Pension Trust, the largest multiemployer pension plan in the US with more than $40 billion in assets under management (AUM).

It’s expected that Skjervem will help spearhead efforts to increase alternative assets at the union plans represented by Biller and Associates.

The firm has about $100 billon in assets under advisement, and has delegated authority for nearly half of the assets.

Union plans generally have not been as aggressive as state and local pension plans in building alternative assets, and it is expected that Skjervem will use his expertise to help coordinate that effort at his new firm.

The Oregon Public Employees’ Retirement Fund has the fourth-largest private equity portfolio among US pension plans, and Skjervem has continued the high asset allocation to the pension plan. Private equity asses total about $16 billion, nearly 20% of  total plan assets.

At the Oregon pension plan, Skjervem has emphasized de-risking the pension plan’s assets under management. Last year, he led the pension system’s efforts to reduce equity exposure to 32.5% from 35.5%. The Oregon plan also created a risk parity sleeve and a discreet diversifying strategies sleeve for alternatives.