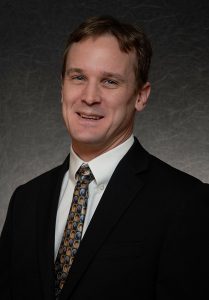 The board of the $31.1 billion Pennsylvania State Employees’ Retirement System (SERS) has voted unanimously to name Seth Kelly as its new CIO, nearly a year after former CIO Bryan Lewis announced he was leaving the system. Kelly’s start date has not yet been set.

Kelly joins Pennsylvania SERS from the Missouri State Employees’ Retirement System (MOSERS), where he worked for nearly 16 years, and where he was CIO for nearly four years before stepping down from the position in December.

Kelly is getting back into the CIO game at a challenging time, as the global economy is reeling from the effects of the COVID-19 pandemic. Pennsylvania SERS’ defined benefit (DB) plan reported a loss of 11.69% for the first quarter of the year.

“Seth Kelly is a welcome addition to the PA SERS leadership team,” Terrill Sanchez, Pennsylvania SERS’ CEO and board secretary, said in a statement. “His strong background in public funds, coupled with his record of leadership and achievement at our sister organization in Missouri are strong assets, which PA SERS will benefit from in the months and years ahead.”

“This was one of the most intense and most thorough executive search efforts that I have seen during my tenure as chairman,” said David Fillman, chairman of Pennsylvania SERS’ board. “The SERS board and staff, along with our consultants, spent many months defining what we wanted in a chief investment officer, reviewing candidates, and conducting interviews.”

Jim Nolan, who has served as acting CIO since Lewis left in August, will be returning to the deputy CIO position he held under Lewis.