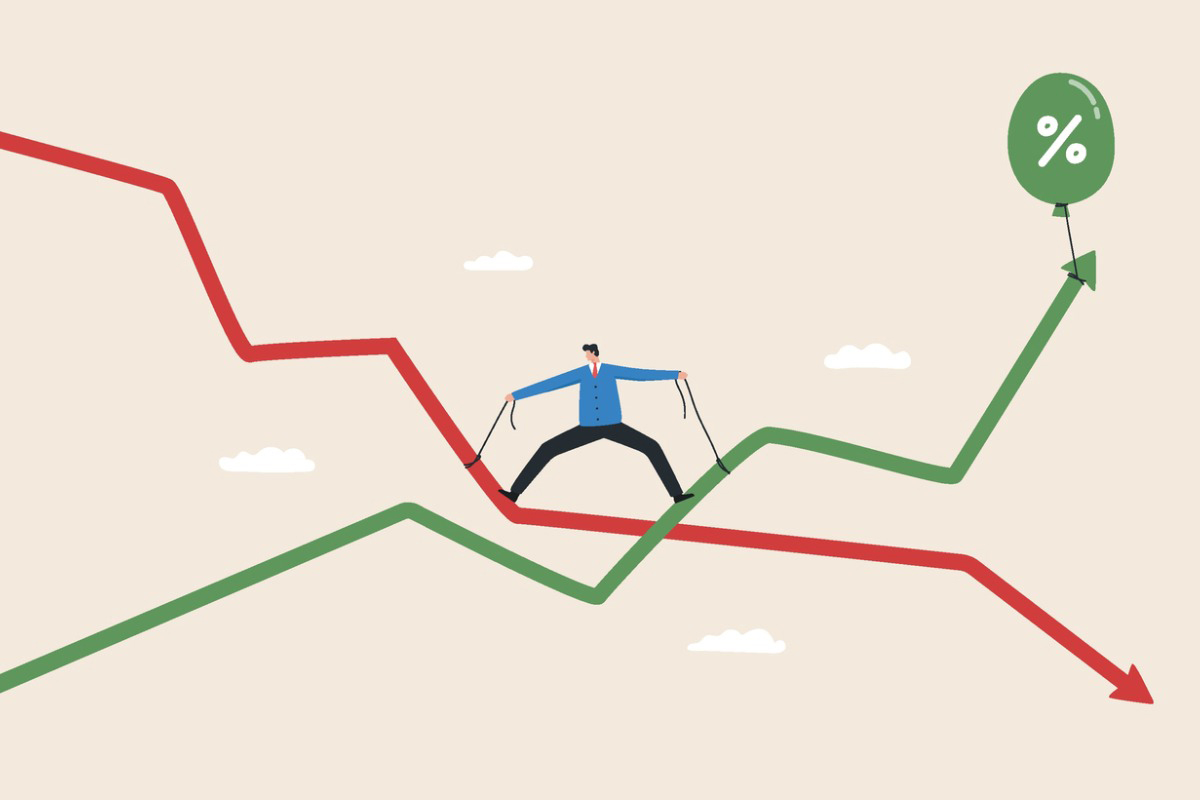 MetLife Investment Management, the institutional asset management business of MetLife Inc., estimated that, as of November 7, 2022, the average U.S. corporate pension funded status stood at 106.3%, the highest level in the past 10 years. By the end of 2022’s third quarter, the average funding status was 104.7%, still 4 percentage points above the end of the Q2.

“The increase in interest rates seen in 2022 has improved pension funded status and provided attractive yields for sponsors wanting to de-risk by increasing their allocation to fixed income,” wrote Stephen Mullin, head of high-grade strategies for MetLife, at the time.

Since then, however, funded status has dropped in a big way.

LGIM America’s Pension Solutions Monitor, which estimates the health of a typical U.S. corporate defined benefit pension plan, estimated that pension funding ratios decreased through December 2022, with the average funding ratio dropping to 98.3% by the end of the year, down from 100.2% at the end of November 2022.

Global equities and the S&P 500 dropped 3.9% and 5.8%, respectively, in December, notable examples of the the prevailing outcome during the month. Equity losses outpaced miniscule increases in discount rates, estimated by LGIM America at roughly 11 basis points over the month, with the Treasury component increasing 15 bps and the credit component tightening 4 bps. Pension funds within a traditional “60/40” asset allocation decreased 2.5%, while liabilities decreased by 0.6%, resulting in a 1.9-percentage-point decrease in funding ratios by December month-end, according to LGIM America.

Rising discount rates throughout 2022 drove this result, as the PFI discount rate soared 242 bps over the course of year, reaching 5.22% on December 31, the highest year-end rate in more than a decade.

According to Insight Investment, the aggregate funding status of corporate defined benefit plans declined by 2.3 percentage points to 101.8% from 104.1% during December. Assets decreased by 2.9%, and liabilities decreased by 0.8%. The average discount rate rose by 6 bps to 5.11% in December from 5.05% in November.

According to Agilis, in its pension briefing on funding status, pension funding improved significantly on an economic basis for many plan sponsors during the year, despite the S&P 500 posting its worst year since 2008. “The substantial rise in discount rates and the corresponding lower pension liabilities left many plan sponsors in substantially better shape at the end of 2022 compared to the beginning of the year,” Agilis managing director Michael Clark wrote. “That said, there is a lot to be cautious about heading into 2023. Fears of recession are still causing markets to be volatile, and while funded status improvements as a result of higher discount rates has been welcomed news, if rates go back down, plan sponsors could find themselves in a far worse position if markets don’t correspondingly rebound.”

According to October Three’s December monthly pension update, pension finances held up well, buoyed by the largest increase in interest rate seen since at least 1980, in the face of the fourth-worst year for equities since 1950.

Stocks fell broadly in the month of December, capping the worst year for the stock market since 2008 with a losing month. A diversified stock portfolio lost 5% last month and 20% overall during 2022. Bonds lost almost 1% during December and 15%-25% for the year, the worst performance in more than 40 years. Long duration and corporate bonds performed worst, as interest rates edged higher in December, ending a historic year which saw rates increase from below 3% at the end of 2021, to 5% or more at the end of 2022.

“2022 was the year of the great shrinking pension balance sheet, with many plans seeing both assets and liabilities contract around 20%,”  wrote Brian Donohue and John Lowell for October Three December pension finance update, leaving the typical plan better funded than at the end of the previous year. However, experiences will vary among individual pension funds based on their asset allocations, stock selection, bond credit quality and duration, and liability profile.

According to Wilshire Associates research, the aggregate funded ratio for U.S. corporate pension plans decreased by 0.7% month-over-month in December to end the month at 98.6%, lower than the 99.3% recorded at the end of November.

The monthly change in funded ratio resulted from a 2.6% decrease in asset values, partially offset by a 1.9% decrease in liability values. The aggregate funded ratio is estimated to have increased by 3.2% and 2.4% during Q4 and over the calendar year 2022, respectively.

According to analysis by WTW, the funding status of the nation’s largest corporate defined benefit pension plans ended 2022 at roughly the same level as it began the year, as weak investment returns offset lower pension liabilities created by higher interest rates.

WTW reports that pension plan assets declined 26% in 2022, finishing the year at $1.22 trillion, partially accelerated by another record year in pension risk transfers and cash contributions that were lower than in typical years.

Overall investment returns are estimated to have averaged a 19% decline in 2022, although returns varied significantly by asset class. Domestic large capitalization equities, as well as domestic small/mid-capitalization equities, both fell by 18%. Aggregate bonds recognized losses of 13%, while long duration corporate and long government bonds, typically used in liability-driven investing strategies, realized losses of 25% and 29%, respectively.

“We believe plan sponsors should stay vigilant in 2023 as volatility and downside risk remain,” wrote Joanie Roberts, senior director of retirement at WTW. “The decline in asset values during 2022 may have increased the risk of future pension contributions for many plan sponsors. With some economists forecasting a potential recession in 2023, sponsors will want to revisit how their strategy for managing pension risk needs to evolve.”

« Earnings Will Stink, but Not All of Them