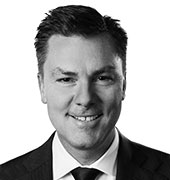 Russell Investments’ global chief investment officer, Jeff Hussey, is departing next week, and his predecessor will replace him for the time being.

Hussey, who had been at the firm for 27 years, was in the CIO job for a little more than five years, succeeding Peter Gunning in August 2013. A 22-year Russell employee, Gunning had moved to lead Russell’s Asia-Pacific region as the division’s chief executive officer.

While Russell searches for a replacement for Hussey, Gunning will step back into his old CIO role, while keeping the Asia-Pacific position. Gunning is also a member of the organization’s executive committee and global leadership forum.

“Pete has extensive investment leadership experience, a reputation for investment innovation, and a superior long-term investment performance track record,” a Russell spokesperson told CIO, noting that the changes had been announced to clients last month. “Pete will help build on the positive trajectory of our business, working closely with Russell Investments’ deep and talented investment leadership team.”

This comes at a time where the landscape of Russell’s C-suite is changing. Rick Smirl in July became the company’s chief operating officer. He previously was executive director at the State of Wisconsin Investment Board (which last week appointed David Villa to replace him as the Wisconsin organization’s CIO). Another big change was naming Michelle Seitz as the new Russell CEO a year ago.  She joined the firm in the top job after Len Brennan stepped down.

Russell has roughly $290 billion in assets.