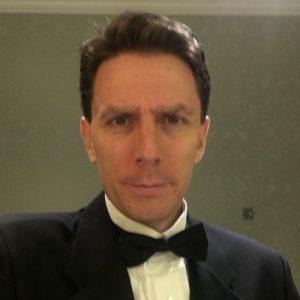 The US Senate has confirmed Gordon Hartogensis as the 16th director of the Pension Benefit Guaranty Corporation (PBGC) by a vote of 72 to 27, with one abstention. He replaces Thomas Reeder, who was director from 2015 to 2018.

When first announced last year, Hartogensis’ nomination raised concerns about nepotism as he is the brother-in-law of Senate Majority Leader Mitch McConnell and Transportation Secretary Elaine Chao. The nomination was also criticized because of Hartogensis’ apparent lack of relevant experience.

Following the announcement, Democratic Sens. Patty Murray of Washington and Ron Wyden of Oregon sent a letter to President Trump demanding an explanation for his decision to replace Reeder with Hartogensis, who the senators said “seems to have little to no prior experience relevant to the pension system and the work of the PBGC.”

And during a September 2018 Finance Committee hearing to consider the nomination, Wyden said Hartogensis “doesn’t have experience in policy dealing with pensions or retirement security,” adding that “he’s got the right political connections to be a nominee in this particular Senate, but he has no record from which this committee can draw conclusions about what he’d do as the head of PBGC.”

Despite his objections, Wyden ended up voting in favor of the nomination, while Murray voted against it.

Hartogensis has been managing trustee of the Hartogensis Family Trust since 2011, and was CEO and co-founder of software company Auric Technology from 2004 to 2011.

At the September Finance Committee hearing, Hartogensis said his apparent lack of relevant experience should be viewed as an asset, not a liability.

“Given the large issues facing the agency, I believe that the PBGC would benefit from the perspective of an outsider who can review these issues with fresh eyes,” he said.

He also said that his finance and investment experience “will be useful in running the PBGC from an early career on Wall Street, from running two companies, and from managing a private equity and angel investment portfolio.”

The PBGC also announced that it has named Franklin Pace as director of the Corporate Controls and Reviews Department (CCRD) in the office of the chief financial officer.

“During his 30-year career, Pace has gained extensive internal control and audit experience in the federal government, including 20 years at PBGC,” said the PBGC in a statement. “In his new role, Pace is responsible for managing PBGC’s overall program of internal control. Pace will continue to coordinate across the agency’s departments to maintain PBGC’s high standards of stewardship and accountability.”

PBGC Director Nominee Gets Kicked Back to Trump