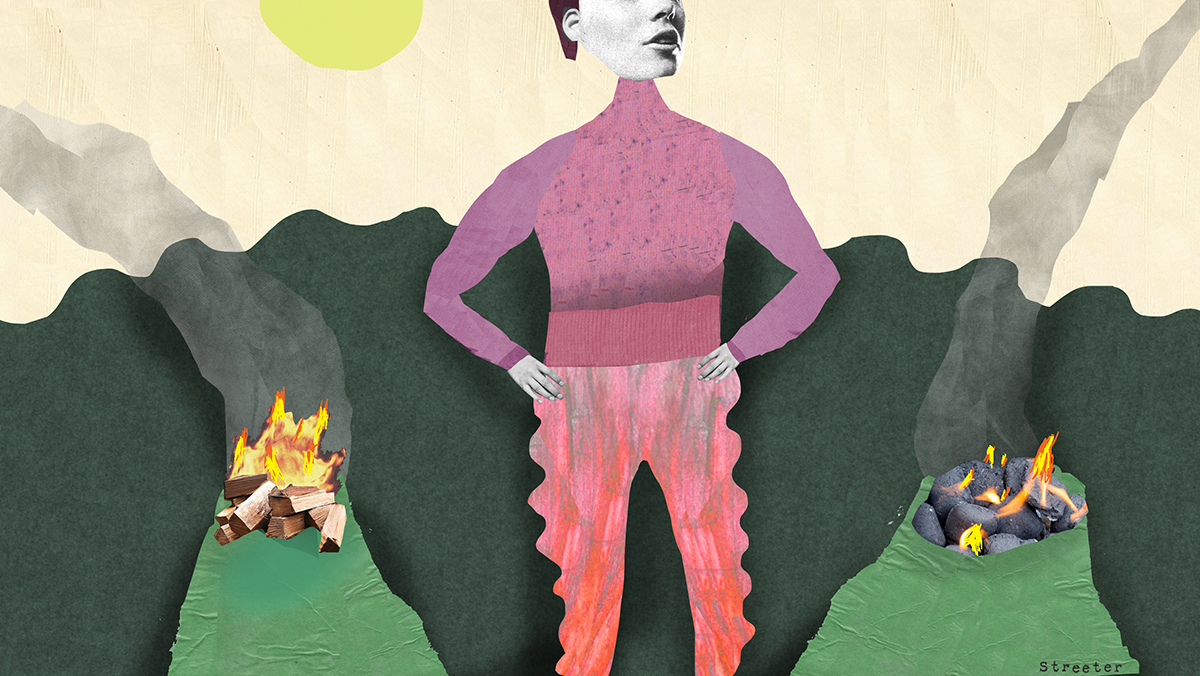 Wood was humanity’s first fuel, with our ancestors clustered around campfires hundreds of thousands of years ago. Some hope that timber—converted into pellets that are fed into furnaces—will have a big place in our future energy needs as it did for Homo erectus. That is far from certain, though, and it may well remain a niche source.

The trouble is that there’s controversy over whether burning wood is less greenhouse-gas producing than burning coal. Scientists are divided on the subject. The upshot is that wood-based energy “is not a very big growth area,” said Scott Barrington, CEO of North Sky Capital, which prefers investing in the likes of solar and wind.

Depending on how wood burning is measured, it likely produces less greenhouse gas emissions than coal, but more than natural gas, some scientists say. The pro-wood forces insist that the calculation must include how much the trees that replace it contribute to removing carbon from the air.

To its advocates, wood is a green way to produce energy. Enviva, the largest US wood biomass company, argues that it can reduce a converted coal plant’s carbon footprint by up to 85%. In Europe, officials in 2009 endorsed wood-burning power and declared it “carbon neutral,” meaning that the trees that replaced those felled for burning offset any energy-production pollution, by reabsorbing the carbon dioxide that combustion releases.

To critics of wood-to-energy, such positions are misleading and overly simplistic. Emission-free solar and wind power are better bets, they say. They say favoring wood could actually boost carbon emissions, not reduce them, for many decades. A study by John Sterman, a Massachusetts Institute of Technology (MIT) professor, declared that the payback from replacement trees could take a half-century or more to overcome the damage done by wood-burning emissions.

The Center for Biological Diversity pronounced in a paper that “even when biomass is burned as a substitute for fossil fuels, the resulting CO2 emissions may actually be worse for decades or even centuries to come.” What’s more, some scientists warn that promoting wood fuels could spawn a global logging boom that would smash forest biodiversity in the name of climate defense.

Biomass makes up just 1.4% of US energy generation, mostly from wood, with all renewables constituting almost 20%, according to the US Energy Information Administration (EIA).

Nonetheless, harvesting wood is a thriving industry, albeit a small one. Much of the world’s supply of pellets for burning comes from forests in the Southeast, where 23 mills operate to churn out the burnable product. In Britain, 14% of energy comes from wood burning. In the European Union, wood is even wider spread as a power producer. US mills in the Southeast ship tons of wood chips across the Atlantic to that humming market.

In the US, wood hasn’t caught on as readily, perhaps because this country has abundant resources of fossil fuels, in particular natural gas. Some American utilities do use it, however. Georgia Power burns wood from the state’s abundant forests.

Wood isn’t the sole biomass fuel. In the biomass area, wood is the predominant source, at 0.9% of total electrical output, with landfill gas and municipal garbage burning a mere 0.3% and 0.2%, respectively.

Energy from trash incineration has a mixed record, as it depends on expensive plants. In Harrisburg, Pennsylvania, a costly incinerator operated for four decades, with frequent breakdowns, explosions, and fires. It also was a terrible polluter, emitting noxious dioxins. The finale was that the plant pushed the city of Harrisburg into bankruptcy in 2011, thanks to $400 million in debt, mostly from the incinerator.

Today, Covanta Energy and several other utility companies burn garbage to generate power. They’ve been much more financially successful at it than Harrisburg. Covanta, now part of EQT Infrastructure V fund, touts a strong record of reducing emissions. Meanwhile, DTE Energy, formerly known as Detroit Edison, started a biomass busines in 1988 that extracts methane gas from landfills, with operations in 25 locales throughout the US.

That said, critics contend that pollution from such plants still is too high, albeit not from greenhouse gases. An environmental group called the Institute for Local Self-Reliance says the facilities release dioxin, lead, and mercury.

Money may not grow on trees, or in landfills, but biomass controversy burgeons anew.

Is Hydrogen the Great Renewable Hope?