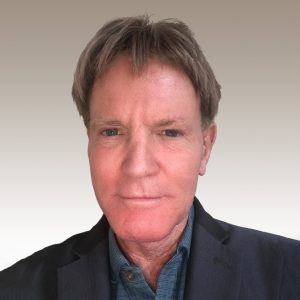 “Under Bill’s leadership, we have built out a deep and very talented team of investment professionals who will carry on the mission of SFERS,” SFERS Executive Director Jay Huish said in a statement. “He leaves SFERS in a strong position to sustain its excellent investment performance well into the future. That is Bill’s legacy.”

According to TAE, Coaker earned SFERS a ranking in the top 1% compared with other public pension plans over the past one, three, five, and seven years, and he helped SFERS earn more than $5 billion in excess returns versus the median public pension. In its most recent fiscal year, SFERS investments returned 33.8%, with the fund’s venture capital (VC) portfolio returning more than 87%, and the overall plan reporting approximately $9 billion in investment gains and $1.5 billion in excess returns.

While at SFERS, Coaker guided the pension fund to be a leader among institutional investors in environmental, social, and governance (ESG) investing. Under his tenure, SFERS has gone from a small player to a major force among US pension plans in making sustainable investments and advocating for better corporate citizenry. Croaker says his focus on sustainability is what attracted him to TAE.

“TAE is the most transformational business I have ever seen,” Coaker said in a statement. “Through TAE’s unique approach to fusion, the company is poised to meet the existential issue of our time—namely, how to meet the vast need for energy, grow economies, and improve living standards, while also protecting the environment.”

In an interview with CIO earlier this year, Coaker said he believes artificial intelligence (AI) will have as big of an impact on the global economy and culture as the advent of social media, or even the internet. He said it will transform every aspect of the economy, including agriculture, education, energy, entertainment, finance, health care, industrials, sports, and transportation.

Before SFERS, Coaker was senior managing director of the University of California’s office of the CIO, where he worked for six years, and before that was senior investment officer at SFERS for almost three years. And prior to his first stint at SFERS, Coaker was CIO and financial controller of the Roman Catholic Diocese of Monterey, California, where he worked for more than 13 years.