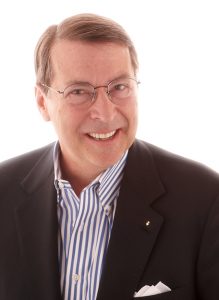 Quantitative fund manager AJO Partners will be shuttering this year after losing its biggest client amid continued underperformance in value-oriented strategies, but its leaders are already planning a comeback, according to founder Ted Aronson.

A small leadership team of four principals—Stefani Cranston, Gina Marie Moore, Greg McIntire, and Greg Rogers—at AJO Partners are determining next steps at the Philadelphia-based firm. Founder Aronson, who said the closure of AJO Partners marks the end of his career (though not necessarily retirement), said he will support their efforts from the sidelines.

“I believe strongly in this investment process, as do my partners and colleagues,” said Moore, principal and co-CEO at AJO Partners. “If we can take advantage of the intellectual capital, the working together for the last many decades, and pull together the next effort, we’re excited to try to do so.”

AJO is closing later this year after nearly four decades investing in value-oriented strategies that have recently suffered challenges in the broader market, Aronson announced in a Wednesday memo. The asset manager will continue reaching out to clients and managing portfolios until it concludes trading on November 30, the firm said. AJO will finish monitoring portfolios at year-end.

Value investing, which was doing much better until recently, has resumed its laggard ways lately. The S&P 500 value index is down 8% year to date, while its growth counterpart is up 25%. Some see this as a sign of value’s bottoming out. Or, it could have further to fall.

“Client losses have been focused in the last 18 months. Why? Because in technical terms, our performance sucks,” Aronson said. “Our domestic performance is value, value, value and it’s just suffered from the value glut or dirt or whatever you want to call it—rout—for the last 13 years.”

At its height around the 2007 pre-financial crisis, AJO Partners managed about $31 billion and had about 72 partners and employees in its firm. Today, the value investment firm manages just $10 billion and employs 44 people. Additionally, the firm used to boast 114 clients; today, that’s around 50 clients.

Year to date, AJO’s largest fund AJO Large Cap Absolute Value, which at $5 billion holds about half its assets, lost about 15% through September 30. The Russell 1000 Value ETF that it tracks lost 12% over the same period.

A number of clients have departed the asset manager in the last year and a half. But the death knell came Wednesday when AJO’s largest client, the roughly $180 billion Florida Retirement System, fired the value investment manager. The state retirement system had more than $500 million invested with the manager.

“The length and the severity of the headwinds have led to lingering viability concerns among clients, consultants, and employees,” Aronson wrote in the Wednesday memo. “At this point, I believe a certain, transparent, and graceful end (even at $10B in assets under management) is preferable to the likely alternative for all involved.”

Other pension fund clients that have allocated about $250 million to $500 million with the asset manager include the Missouri Education Pension Trust, Missouri Local Government ERS, Oklahoma PERS, Oregon PERF, and the West Virginia Investment Management Board.

Still, Aronson says there has been an “outpouring of support and kudos” in the investment community for AJO Partners after the asset manager announced its closure. The firm hopes its transparency will help it reapproach old clients and win over new ones when it  starts a new operation. The new firm will continue to focus on domestic equities and emerging markets, but it will be a “leaner, meaner operation” that fits the needs of the new age.

“We’re straight shooters,” Aronson said. “We don’t always outperform, but we’ve been honorable people, we work hard, we try hard, and we’re honest about good and bad performance. And maybe there’s just a little less of that in Wall Street than we would all hope.”

How Multi-Asset Investing Became So Popular

« From Here, Recovery Will be ‘Tougher,’ But Good Investments Persist