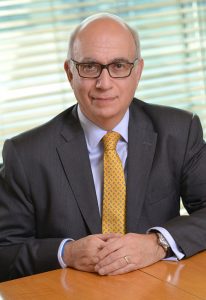 Steven Daniels, who has led the Tesco Pension Investment (TPI) team since it was formed in 2012, will retire next March. His deputies will take over his dual roles as chief executive and investment chief at the grocery chain’s pension plan.

Daniels is expected to work closely with his deputies over the next nine months, the company said last week. Deputy CEO Danny Firth will take over as chief executive. Jenny Buck, who was previously the head of private markets and was recently promoted to deputy CIO, will take over as the top investment chief.

“I have thoroughly enjoyed the last nine years, working with a brilliant team of colleagues to build TPI into the strong firm it is today, and delivering real value for Tesco colleagues. I’m delighted to be passing the baton,” Daniels said in a statement.

Since Daniels helped start the in-house investment team in 2012, TPI has more than doubled its assets under management to £17billion from £6 billion, or to US$21 billion from US$7.5 billion.

In March, Tesco said it eliminated its pension funding deficit with a one-off pension contribution of £2.5 billion (US$3.4 billion) after selling its businesses in Thailand and Malaysia for £8.2 billion (US$10.3 billion). The measure is expected to “significantly reduce the prospect of having to make further pension deficit contributions in the future,” according to its recent annual report.

Daniels joined the pension program for the international supermarket giant in September 2011. The following year, he was appointed investment chief of the fund. In 2017, he was appointed chief executive. Prior to Tesco, Daniels was the group chief investment officer at Liverpool Victoria.

After joining in 2011, Firth oversaw operations at the pension fund. He joined the fund with more than 30 years of experience in financial services, including at investment managers Legg Mason and Threadneedle Asset Management, as well as banks JPMorgan and BNP Paribas.

Also joining in 2011, Buck came to the fund with over 28 years in investment management, particularly in real estate and in private markets. Previously, Buck worked for Grosvenor, Erste Bank, and Schroders.

Other leadership changes at the pension scheme include the introduction of Nadir Maruf, who will take over as head of private markets from Buck. Maruf, who will start in September, was previously investment chief of alternatives at Eastspring Investments, which is the Asian asset management arm of Prudential.