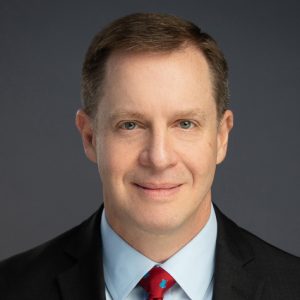 Dan Parker, the deputy chief investment officer at the Texas Tech University System, is leaving the endowment for a senior management position at a thus-far unidentified new employer.

“I’m excited to announce that, after more than four years, I’m moving on from Texas Tech University System’s endowment,” Parker said in a Wednesday LinkedIn post, where many investors extended their congratulations to the DCIO. He has previously been named a NextGen with this publication.

“I’m proud of the significant improvements I’ve delivered across the portfolio and organization, and confident that my impact will continue to benefit the university for many years,” he added.

The investment official was not forthcoming with additional details on the switch except to say the organization “will be familiar” to many investors. Texas Tech, under budgetary pressures, has no immediate plans to hire a replacement, he said.

Parker arrived at the $1.2 billion university endowment roughly five years ago with career experience both in the military and in investment banking. He leveraged his network and his knowledge of asset classes, particularly in hedge funds and private equity, to vet managers and develop investment strategies at the fund.

Among his achievements at the university endowment is his management of the venture capital portfolio, which recently saw a big return of about 100 times the multiple on invested capital on its investment into Abcellera Biologics. This firm, which has done pioneering work into COVID-19 antibodies, went public in December at triple its offering price. It specializes in antibody discovery, an attribute Parker shared last month on LinkedIn. The endowment’s portfolio, he wrote, had “significant” exposure to the tech firm’s public debut.

Among the allocators who congratulated Parker on the social media platform is Texas Tech CIO Tim Barrett, who wrote: “Dan, Congrats again on your new role & thank you for your friendship and contributions to the TTU System.  I, along with the entire team, wish you nothing but the best in your new endeavor!”