Home > News > Risk > The World’s Largest SWF Bans a Stock. Does It Matter?

Amid a chaotic start to the year for investors in Chinese equities, one of the country’s biggest telecoms companies, ZTE Corporation, saw its share price fall nearly 14%.

On the surface, the only surprise was that traders found enough time to sell that much—short-lived circuit breakers on the Shanghai Stock Exchange kicked in so quickly that only 29 minutes of trading took place on January 7.

$11.4 million: Value of NBIM’s 0.15% stake in ZTE Corp as of December 31 2014.At the same time, however, the world’s largest sovereign wealth fund announced that it was excluding ZTE from its $475 billion equities portfolio. Norges Bank Investment Management (NBIM)—which oversees the $789 billion Government Pension Fund Global—cited a warning its Council on Ethics made in June that, by investing in ZTE, the fund was at risk of exposure to “severe corruption.”

So does this decision matter? 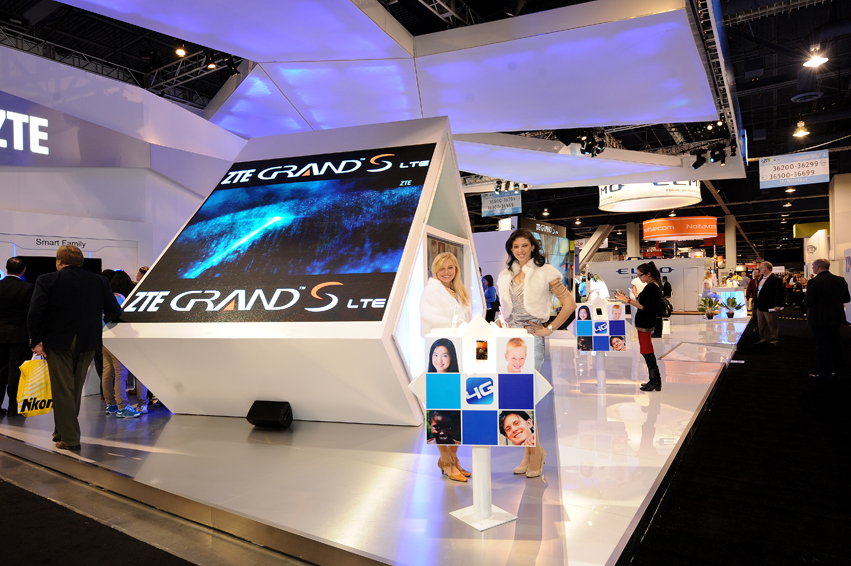 ZTE’s stand at a recent trade showFirst, a clarification. Many investors automatically screen out stocks or sectors to ensure they are not exposed to areas such as tobacco or weapons production. Exclusion, however, is the sale of a specific asset—and therefore a more active decision.

The head of research at a leading UK-based asset manager, speaking on condition of anonymity, said more asset owners were asking their managers to take into account environmental, social, and governance (ESG) considerations on an individual basis.

“We’re seeing this in every market, and in every request for proposal that comes through our doors,” he said.

(Asset managers were reluctant to speak to CIO on the record about this issue, perhaps wishing to keep as far away as possible from words such as “corruption” and “blacklisting”.)

“We would hope through our processes to catch those companies ourselves,” the anonymous research chief continued. “The industry is used to dealing with things like this… Usually when we see these lists I can understand why those companies would be on there.”

That said, there is potentially valuable information to be gleaned from NBIM’s research. While large-cap companies usually have several analysts covering them, small and mid-sized companies are less well researched, and so an asset owner’s work could provide insight.

Analysts’ research does not necessarily cover all of asset owners’ concerns, however: Reuters records 19 analyst ratings for ZTE as of January 13, none of which have selected “underperform” or “sell”.

Including the ZTE action, NBIM now excludes 65 companies from its portfolio. It is also not the only investor to publish a list of banned stocks.

The Ethical Council for Sweden’s AP funds has a list of 14 companies it has recommended be banned from the four portfolios, including Barrick Gold, Motorola Solutions, and Potash Corp.

France’s Fonds de réserve pour les retraites and Denmark’s ATP both publish lists of banned stocks, including firms blacklisted due to involvement in the production of cluster bombs.

PGGM in the Netherlands has one of the most comprehensive lists, with 114 stocks and 12 sovereign bond issuers excluded. Fellow Dutch pension investor APG states in its principles for responsible investment that “we will sell the shares we hold if dialogue does not lead to improvement.” It also refuses to invest in the sovereign bonds of any country under a United Nations arms embargo.

The only real consensus among this sample is a complete ban on companies involved in the production of landmines or cluster munitions. Both are outlawed in many countries following international treaties signed in 1997 (landmines) and 2007 (cluster munitions), indicating that ‘banned’ lists can be a combination of screening and actions against individual stocks.

In North America, public exclusion lists are less common. The Canada Pension Plan Investment Board’s approach is more typical, as outlined in its annual report: “Rather than solely voting with our feet and excluding companies from our investment portfolio based on ESG factors, we work to promote positive change by working with companies on ESG issues that we believe are material to our investments.”

“We might be willing to give up some performance and walk away to avoid a long-term capital loss.”The California Public Employees’ Retirement System and California State Teachers’ Retirement System (CalSTRS) use screens to remove sector or regional risks, such as those associated with the tobacco industry and with companies exposed to Sudan and Iran.

The two pensions also screened out gun manufacturers in 2013 following the Sandy Hook Elementary School shootings in December 2012—although CalSTRS’ divestment efforts were hampered by a private equity partner’s stake in Remington Outdoor.

Set in the above context, one more banned stock is unlikely to worry many people.

Academic evidence seems to indicate that NBIM’s actions—and the decisions of other investors to divest—can prove a positive boost to performance, however. Research by Camilla Stenström and Jessica Thorell of the Stockholm School of Economics in 2007 reported just such a finding.

“In the [global] portfolios, the exclusion of the unethical companies leads to superior performance in all markets,” the authors noted.

“Investors should carefully investigate the screening method and fund management of [socially responsible] fund investments as they seem to have an effect on the fund performance,” Stenström and Thorell added. They endorsed the “norm-based” screening practised by many of the asset owners mentioned here “as it seems to lead to superior fund performance.”

But for the anonymous UK head of research, such quantitative screens don’t always help, whether for individual stocks or groups of companies. Sometimes, it pays to go with your gut.

“People were scarred by Volkswagen,” he said. “We looked at it and didn’t like the governance—there was something wrong. Sometimes you can’t put your finger on the issue. We didn’t see the emissions scandal coming but we felt something was not right there.”

Regardless of what the analysts say, the research chief argued it is simply a case of whether the investor is being paid to take the risk of an unpleasant event further down the line.

“Part of it is being willing to take a long-term view,” he concluded. “It would be very hard to look at all these issues and be certain that they are going to have impact in the next quarter. We might be willing to give up some performance and walk away to avoid a long-term capital loss.”

The report from NBIM’s Council on Ethics on its exclusion of ZTE Corporation is available on the council’s website.