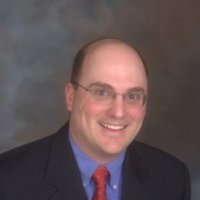 David FallaceThe Investment Fund for Foundations (TIFF) has nabbed another executive from the Alaska Permanent Fund.

David Fallace, who served as director of investments for “special opportunities” at the sovereign fund, will join the endowments and foundations outsourcer effective January 19. At TIFF, Fallace will be a managing director overseeing diversifying strategies.

“Dave is one of the most creative, intelligent, and experienced investment professionals I know,” Willoughby said in a statement. “He spearheaded some of our most innovative and successful investments at [Alaska Permanent], and I believe he will add an important new dimension to TIFF’s already strong team.”

In his new role, Fallace will monitor the absolute return program, conduct manager research and selection, and guide TIFF’s hedge fund program. He will also be responsible for deepening TIFF’s investments in special opportunities.

Fallace spent the past three years at Alaska Permanent managing a roughly $10 billion allocation to “assets and markets experiencing supply and demand imbalances,” the release said.

« The World’s Largest SWF Bans a Stock. Does It Matter?