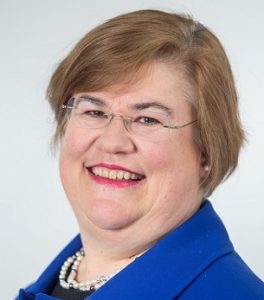 Lesley Titcomb, chief executive of UK watchdog The Pensions Regulator (TPR), will step down in February 2019 following criticisms regarding the BHS and Carillion pension crises.

“This has been a difficult personal decision taken after extensive discussion with family and the Chairman,” Titcomb said in a statement. “However, in the nine months before my departure we have a lot more to do. I will be here leading that work with my strong, committed TPR team.”

During her time with the agency, Titcomb installed methods to mitigate risks among pensions. In doing so, she helped nearly 10 million more people start saving for their retirement. Titcomb also created a system to bolster master trusts, which are multi-employer pension programs.

Titcomb’s four-year contract is already set to expire in February. But the decision to leave follows a parliamentary committee report that questioned her management style, reports The Guardian.

Parliament’s Work and Pensions and Business, Energy and Industrial Strategy Committees had harsh words for the regulator’s handling of the pension crises in the 100-page document. It said that the pension watchdog needed to be “quicker, bolder, and more proactive,” and that a cultural change would be appropriate.

“We are far from convinced that TPR’s current leadership is equipped to effect that change,” the committee wrote.

After facing insolvency, construction contractor Carillion’s £2.6 billion deficit had been taken on by the Pension Protection Fund, a lifeboat for failing UK pension plans. Department store chain BHS wasn’t so lucky, as it collapsed with a £571 million shortfall. Following BHS’ fall, Sir Phillip Green, a former owner of the company, offered the regulator £363 million in cash to rescue the fund. Green was being investigated by Parliament at the time for his role in the pension fund’s collapse.

Titcomb did not mention the criticism, instead saying that it “feels like the appropriate moment to find more time in my life for family, friends, other interests, and opportunities.”

A search for Titcomb’s successor has begun, led by Chairman Mark Boyle, who called her “a real catalyst for change, working with energy and drive to get results and make a difference to the way we work.”