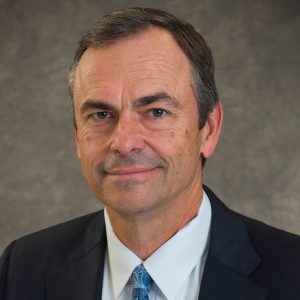 University of Chicago CIO Mark Schmid will retire Sept. 1., after more than 12 years managing the university endowment’s investments. The school said it will launch a national search to find his successor.

During Schmid’s tenure, he has overseen the endowment’s growth from $4.9 billion in 2009 to $8.6 billion as of the end of fiscal year 2020, and an estimated $10 billion today, according to the university, which said the investment performance under his watch “has markedly improved” compared to peers on a risk-adjusted basis.

“I am grateful for all of Mark’s contributions to the university, and for his service as an insightful and trusted colleague,” University of Chicago President Robert Zimmer said in a statement.

Instead of jumping on the “Yale Model” bandwagon, Schmid and his team developed an investment strategy that focused mainly on risk, while taking into account factors such as liquidity, convexity, and leverage, as well as the university’s total leverage, charitable gifts, and capital plans.

Before joining the University of Chicago, Schmid was CIO at Boeing, where he was responsible for managing the airplane manufacturer’s $70 billion in retirement assets and helped lower risk through liability-driven investing (LDI). Prior to Boeing, Schmid spent 17 years at DaimlerChrysler in various accounting, finance, and treasury roles, including as treasurer of Chrysler Canada, and served as CIO for six years managing the automaker’s $30 billion pension and 401(k) plans.

Although the university said it would conduct a nationwide search for a successor, Schmid indicated in a 2016 interview with CIO that there are members of his 29-person team who are ready to assume the helm when he leaves.

“Part of my job here is that the management doesn’t have to go outside when I move on,” Schmid said. “I’ve already accomplished that. There are definitely people here who can do this job.”