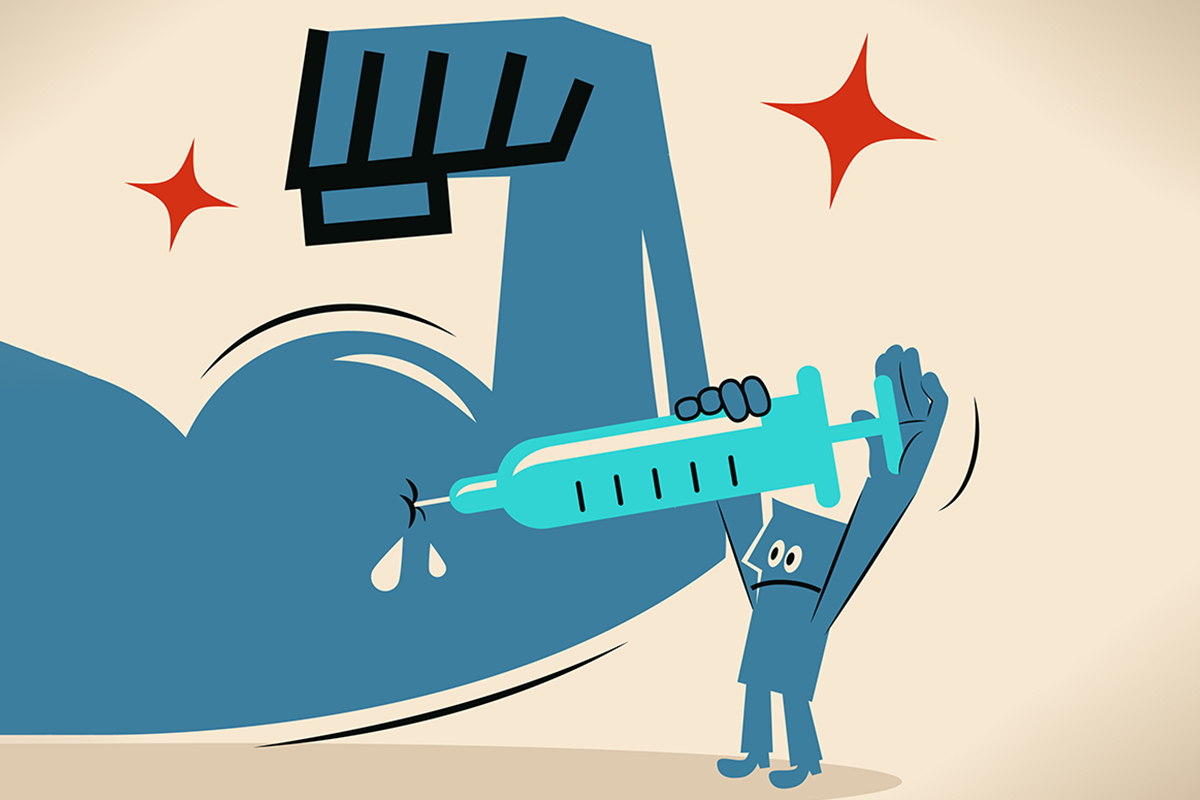 The vaccine rollout has been a tonic for the US stock market. But maybe the good news on jabs will provide some bad market jolts. Reason: The wonderful tidings are priced in and some gathering problems could derail the advance.

That’s the thinking of Michael Hartnett, Bank of America’s chief investment strategist. The giddiness of the market’s climb and the ill effects of the $1.9 trillion in new federal aid, which Congress just passed, will bring a downdraft sooner rather than later, he warned in a client note.

This is a case where there’s a “good news is bad news narrative,” he wrote. Although the S&P 500 has slipped since mid-February, it has risen again for the past three out of four sessions, increasing 0.6% Wednesday. For the year, the index is up 3.8%, and since its plummet 12 months ago as the pandemic appeared, it is ahead 70%.

To Hartnett, that spells frothiness. Further, he admonished, the onset of mass inoculations may have given US investors too much investment euphoria. He pointed to the situation in Israel, the world’s vaccination leader with 82% of the eligible population getting shots. The TA Main 125 index, the most popular gauge for Israeli shares, had a strong rally starting last spring and continuing through January—then stalled out. It’s off 2.8% since its Jan. 20 peak.

The market’s behavior in Great Britain, where vaccinations also are relatively widespread (32% of the population), tells the same tale, Hartnett argued. He focused on Britain’s mid-cap index, which covers mostly domestically oriented stocks, as opposed to the multinationals that dominate the main index, the FTSE 100. The midcap FTSE 250, after peaking Feb. 16, has been flat.

The two indexes are “stalling on good news,” he contended. The same thing could happen to US stocks, Hartnett said. While the US has the most confirmed cases and deaths from COVID-19, its vaccination drive is progressing well. Among large countries, America is fourth best, with 18.8% of the population receiving shots.

Nonetheless, Hartnett is troubled by Washington’s enormous efforts to boost the US economy, which remains mired in recession. Since last spring, the three rounds of federal relief spending (including the program awaiting President Joe Biden’s signature) have totaled more than $4.5 trillion. On top of that, the Federal Reserve has been buying $120 billion in Treasurys and agency mortgage bonds monthly, with no intention of easing off the pace.

The result, Hartnett maintained, is the “mother-of-all asset bubbles” because of a fiscal “policy overshoot inciting Wall Street price overshoot.” That sentiment is reminiscent of the storied 1996 remark warning from Alan Greenspan, then the Fed chair, that the market was in the throes of “irrational exuberance.”

While Greenspan was counseling caution, today’s central bank is taking the opposite tack, Hartnett observed. The Fed, he declared, actually “wants Wall St irrational exuberance.” This, he went on, all will lead to higher interest rates, bond yields, commodity prices—and a lower US dollar.

Hartnett’s jeremiad is summed up in what he called the “3Rs” of higher rates, more regulation, and aggressive redistribution of wealth. All this, in turn, would lead to a trimming of corporate earnings, as well as falling tech stocks and corporate bond prices, he said.

For this year, Bank of America projects a 3,800 price target for the S&P 500. From yesterday’s close, that would amount to a 2.5% price slide. Cold comfort, for the entire year, the index would be up an uninspiring 1.2%.