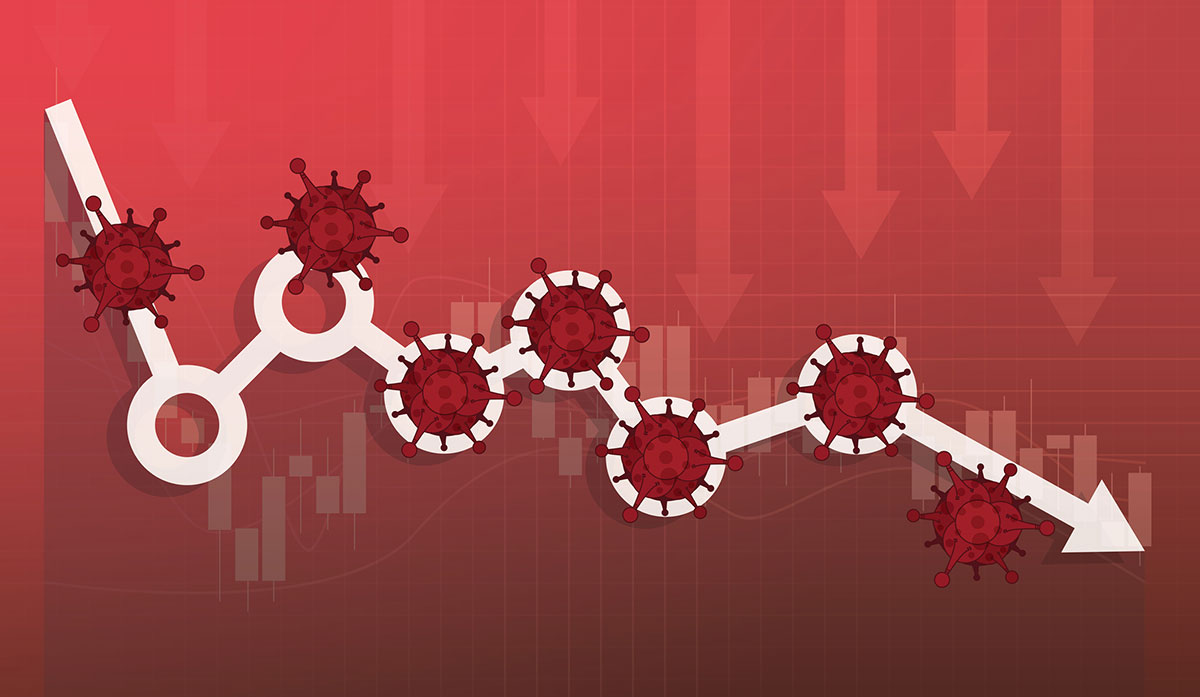 What’s the diagnosis for the US economy? Try the D-word. UCLA economist David Shulman thinks the impact of the pandemic has so scarred the economy that the recovery will be long, unlike with a plain old recession.

“Make no mistake, the public health crisis of the pandemic morphed into a depression-like crisis in the economy,” wrote Shulman, the senior economist at the Anderson School of Management, in the school’s quarterly research report.

The nation’s home lockdowns and business closures since March have dealt the economy a blow like it has never experienced, Shulman said.  “To call this crisis a recession is a misnomer,” he declared.

The recession was officially declared June 8 by the National Bureau of Economic Research, a private body that calls economic cycles. The group put the recession’s start date as February. The average length of a recession is 17 months, or a year and a half. The Great Depression actually was two successive downturns, 43 months, then 13 months.

According to Shulman, the current quarter will see a 42% annual rate of decline in gross domestic product (GDP). After the second quarter, the professor said, the recovery will be very gradual and “won’t return the level of output to prior fourth quarter of 2019 peak until early 2023.”

His second-quarter forecast is steeper than the 33.5% average that the Wall Street Journal’s survey of economists found for the current period. The Journal consensus calls for a turnaround in the third quarter, with GDP up 14.2%, and then a 7.5% increase in the October-December quarter.

Other prognostications are rosier. Speaking at a recent Bloomberg-hosted virtual conference, Blackstone CEO Stephen Schwarzman foresaw a V-shaped recovery, with the economy taking off after the second quarter.

“You’ll see a big V in terms of the economy going up for the next few months because it’s been closed,” the private equity honcho said. “As people are allowed to go back, the economy will really respond a lot.”

Shulman sees too much devastation to be that confident. “Too many small businesses will fail, and millions of jobs in restaurants and personal service firms will disappear,” he said. “For too many workers, the recession will linger on well past the official end date of the depression.”

In the US, more than 39,000 new COVID-19 infections were reported by state health departments on Thursday. That surpasses the previous single-day record of 38,115, reached on Wednesday. The rising level of cases in the South and southwest has led to the postponement of many business re-openings.

“When we did this report, we assumed the path was getting better,” Shulman told MarketWatch. “This big acceleration [in cases] happened in the past week.”

The rising number of cases, he added, could lead many individuals to lock themselves down, regardless of any state or local mandates.

Haves and Have Nots: Virus Effect Will Widen the Public Pension Divide

Coronavirus Will Cause ‘Unprecedented Shock’ to Global Economy