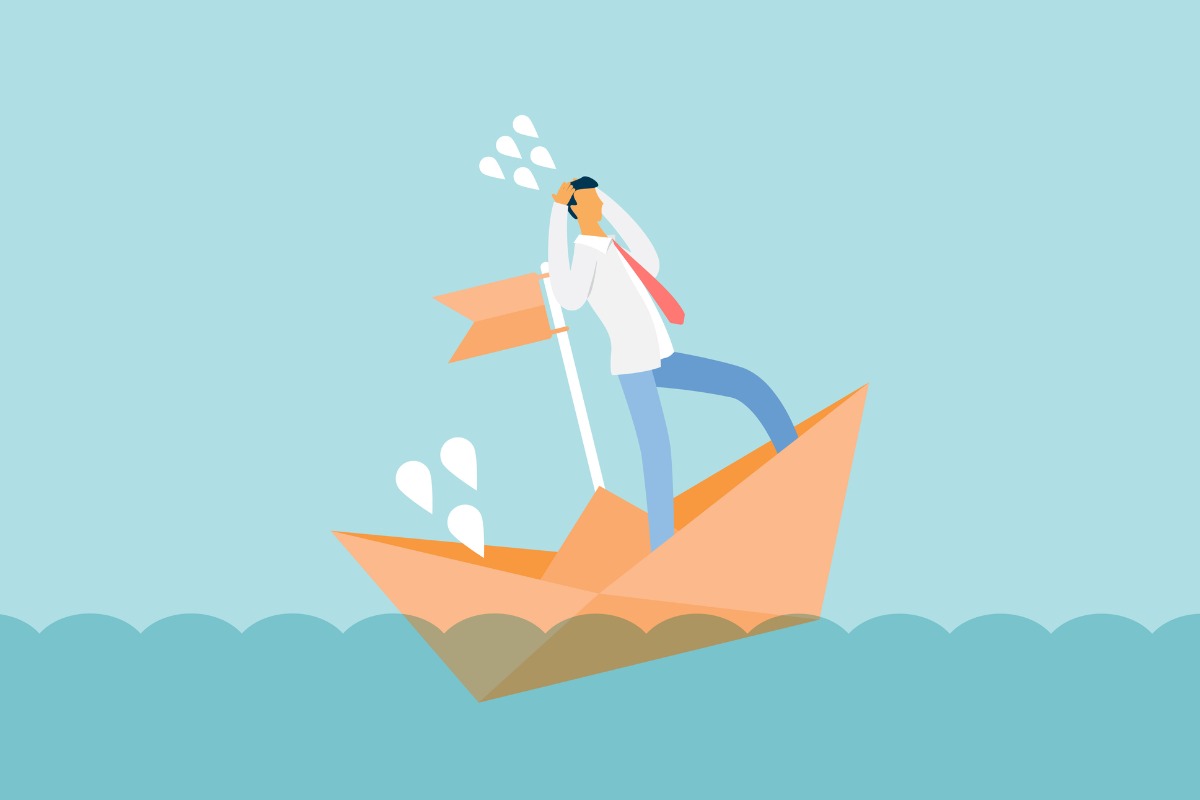 For the third quarter, analysts are forecasting a mere 2.4% earnings growth on average for the S&P 500, according to FactSet data. That’s quite a comedown from the estimate last June for the September-ending period, which was 9.9%. This year’s first quarter clocked a 9.2% increase, and the second was 6.2%.

Banks and financial services in general aren’t expected to book a good third quarter, as loans volume is expected to drop, along with fees for lucrative activities such an investment banking and securities underwriting. Another minus: Banks are beefing up their reserves, in anticipation of an economic downturn, and this acts to sap results. Analysts’ estimates of their performance are lower this quarter than before, meaning they have a lower bar to vault.

The Friday morning spate of bank results were a mixed bag, and hardly the solid performance investors had been used to. Citigroup beat earnings estimates but missed projections for revenue, per Bloomberg. Morgan Stanley missed on both earnings and revenue, while Wells Fargo beat on earnings but came up short on revenue.

JPMorgan Chase, the largest bank company by assets, topped analysts’ estimates on both scores. Earnings were $3.12 a share, besting the $2.88 estimate. But these are nothing special, compared with JPM’s year-earlier profit, which was 17% higher.

In early trading, the S&P 500, which lately has enjoyed a respite rally from its continued tumble, greeted the bank results by rising a tiny 0.06%. Three of the four major banks saw their stock move up 1% to 3%, perhaps in relief that the results weren’t a wipe-out.

Morgan Stanley’s shares slipped 3.5%, likely due to its significant earnings decline, 30% below the year-earlier period. The company was hurt by a painful dip in fees from investment banking, its specialty. Morgan Stanley lacks the large consumer banking presence of the other three. In particular, consumers have continued to spend, and the other banks’ credit cards are doing fine for now. JPM’s card revenue was up 13%; Morgan Stanley does not offer cards.

This is just the start of the third quarter earnings season, and Wall Street is anxiously watching what will come next. FedEx is among the many companies that have furnished downbeat guidance about the quarter, ahead of issuing their actual reports. Automakers, real estate, and cruise lines are among those where the profit announcements aren’t anticipated to be buoyant.

The earnings results won’t all stink, of course. Consumer goods appear to be able to pass along inflation, as most of their products aren’t that expensive to begin with. That appears to be the case for PepsiCo, maker of soda and snacks, which said this week that profits had expanded a robust 20% for the quarter.

An underwhelming earnings season is no cause for rejoicing among pension plans, as the profits news will do little to raise the stock market. Equities make up 47% of public plans assets, the biggest allocation by far. This year’s bear market has impelled a number of CIOs to think about keeping so much in the stock market.

The stock market has been ailing all year long, with the S&P 500 down 23%. Small wonder that asset allocators are eyeing diversifying away from a strong emphasis on stocks. The California Public Employees’ Retirement System lost 6.1% for the fiscal year ending June 30, and put much of the blame on its public stock holdings, which, at around half the fund’s portfolio, are its largest asset class. CalPERS CIO Nicole Musicco has discussed moving more money into alternatives such as private equity, whose performance has been good.

« Shredded Equities Get New Love: ETF Inflows Are Up