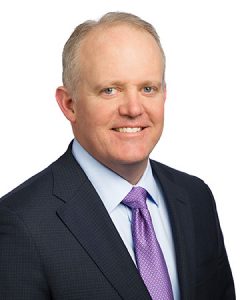 American International Group Inc. (AIG) Chief Investment Officer Douglas Dachille is stepping down from his post at the end of June, and the insurance giant has named Deputy CIO Geoff Cornell as his successor.

Dachille became the CIO of AIG and took charge of its more than $350 billion portfolio in July 2015 when the company acquired fixed-income manager First Principles Capital Management, where Dachille was a co-founder and had been CEO since 2003. Dachille took over for then-retiring CIO Bill Dooley, who had been with AIG for nearly 40 years. The company did not say whether Dachille was retiring or moving on to another position elsewhere.

Prior to co-founding First Principles, Dachille was president of Zurich Capital Markets and spent a significant part of his career at JP Morgan, where he headed global proprietary trading and was co-treasurer. Dachille has a bachelor of science from Union College and was a Pew scholar in medicine, arts, and social sciences at the University of Chicago.

Cornell, who joined AIG in 1994, has been deputy CIO since October 2013, overseeing certain public market portfolios, including high-grade and high-yield corporate debt, municipal securities, and investment strategy and sovereign research. Prior to that, he was regional CIO for North America and was responsible for developing strategic asset allocation and managing investment portfolios for the AIG Property Casualty North America region.

AIG to Hire CIO for $357B Portfolio