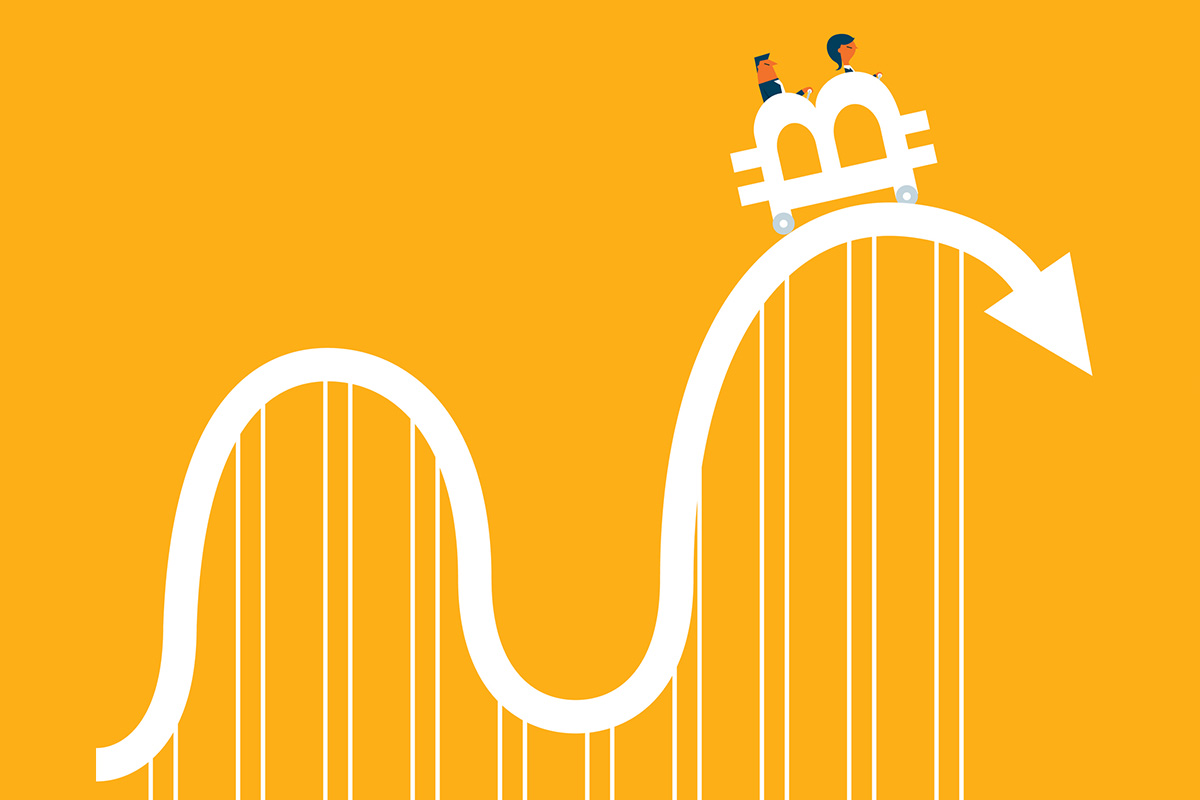 Bitcoin has had a woeful run lately, reminiscent of—wait for it—the stock market. Turns out that the digital currency is growing more correlated to battered stocks.

The S&P 500 is down this year by 16%, and the tech-laden Nasdaq Composite is off by a bear-market 25%. The most prominent cryptocurrency, bitcoin, has slid 33%. The correlation between bitcoin and the S&P 500 is 0.59, while the cryptocurrency is even closer to the Nasdaq, at 0.82, according to Arcane Research.

A year ago, bitcoin was negatively correlated with the two stock indexes. Perfect correlation is 1.0, and anything below zero is negatively matched.

Bitcoin is especially noted for its volatility: It started a rally in mid-2020 that peaked and reversed last October. Stocks are catching up on the volatility front. The S&P 500 CBOE Volatility Index is at 33, just a bit down from its 12-month high of 36, which it reached in March. The volatility gauge for the Nasdaq is at a similar level.

Why the increasing alignment with bitcoin and the stock market? One theory that analysts propose: To some investors, bitcoin is more prominent and even acceptable these days, and has taken its place alongside traditional risk assets, namely stocks. And thus macro events—such as the Ukraine war and the pandemic lockdown in China, which are perpetuating the economic turbulence that began with the onset of COVID-19—have an increasing impact on the currency. Rising inflation and interest add to the mix.

A few institutional investors have haltingly adopted crypto, and they now have enough that ditching the digital assets makes a difference. That’s the conclusion of Marcus Sotiriou, an analyst at digital asset broker GlobalBlock, who follows flows of the currencies.

Evidence that the few crypto-owning asset allocators have bailed from the currency isn’t apparent, however. Two pension funds in Fairfax, Virginia, began investing in late 2018 and 2019 in blockchain technology and bitcoin through investments in two Morgan Creek Digital funds. The Fairfax County Police Officers Retirement System and Fairfax County Employees’ Retirement System have maintained those stakes, per their filings.

Last year,  State of New Jersey Common Pension Fund D bought shares in two bitcoin miners, Riot Blockchain and Marathon Digital Holdings. Those positions were still in place as of the companies’ latest filings. The endowments of Harvard, Yale and Brown reportedly have bought digital currencies, according to the Coindesk news site. The universities did not return requests for comment.

Bitcoin is still gaining some fans, though. In a vote of confidence, offering bitcoin in 401(k) plans, a move that has drawn scrutiny from Washington regulators.