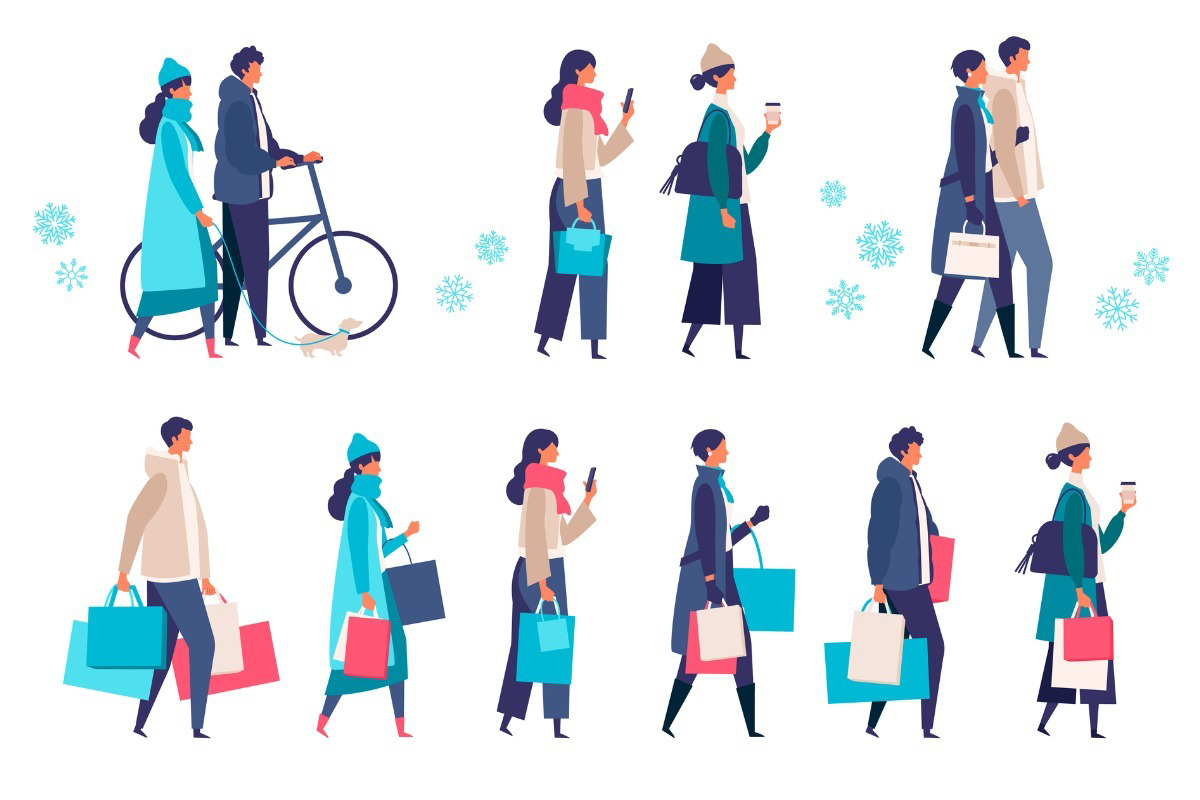 How encouraged should we be about retail sales, given the big jump they enjoyed in January? Don’t be too hasty. There’s some contrary evidence from Walmart, the nation’s largest retail chain.

On the plus side, Wells Fargo pointed out in a research report, January US retail sales climbed 5.3% versus December—far ahead of the consensus estimate of 1.2%—with gains across all store types, notably restaurants (7%, with take-out in the lead) and electronics (up 15%).

That, wrote Christopher Harvey, Wells Fargo’s head of equity strategy and his team, “represented the biggest one-month surge in outlays since the start of the summer spending spree in June. Note to self: Don’t bet against the US consumer.”

On the other hand, Wells Fargo observed, the enthusiasm from January’s retail results must be tempered. Walmart, whose just-completed fiscal year sales were $559 billion (bigger than all but 21 countries’ gross domestic product, or GDP), had a weak outlook for the coming fiscal year, which ends January 2022.

Excluding planned divestitures, such as the sale of its Japan business, the company expects its upcoming year’s sales to rise only by low-single digits, and earnings per share (EPS) could be flat to up slightly, Walmart said in its guidance for analysts. Wage pressure, automation costs, and tough pandemic-driven comparable sales—Wells said, “customers are no longer buying 45 rolls of toilet paper on every trip to Sam’s Club”—all are obstacles to more robust EPS growth. The chain, for instance, announced last week it was raising pay for all its 425,000 store employees.

Economy-wide, unemployment still is high, at 6.2%. Some projections call for a fast GDP recovery. Others are more cautious.

Overall in January, the US sales surge in sales is concentrated in big-ticket items, especially furniture (a 12% increase) and electronics (14.7%). To Pantheon Macroeconomics, that suggests that “some of the latest round of one-time stimulus payments found its way to retailers quite quickly.”

The question is whether the federal relief money indicates a one-time spurt. President Joe Biden hopes to enact a third round of federal aid, but that depends on Congress, where Republicans are skeptical of the effort.

Pantheon expects a dip in February sales, owing to severe weather in much of the country, Texas being the prime example. But March should see the start of a sustained recovery, provided the recent downward track in virus cases continues, wrote Ian Shepherdson, the firm’s chief economist, in a research note.