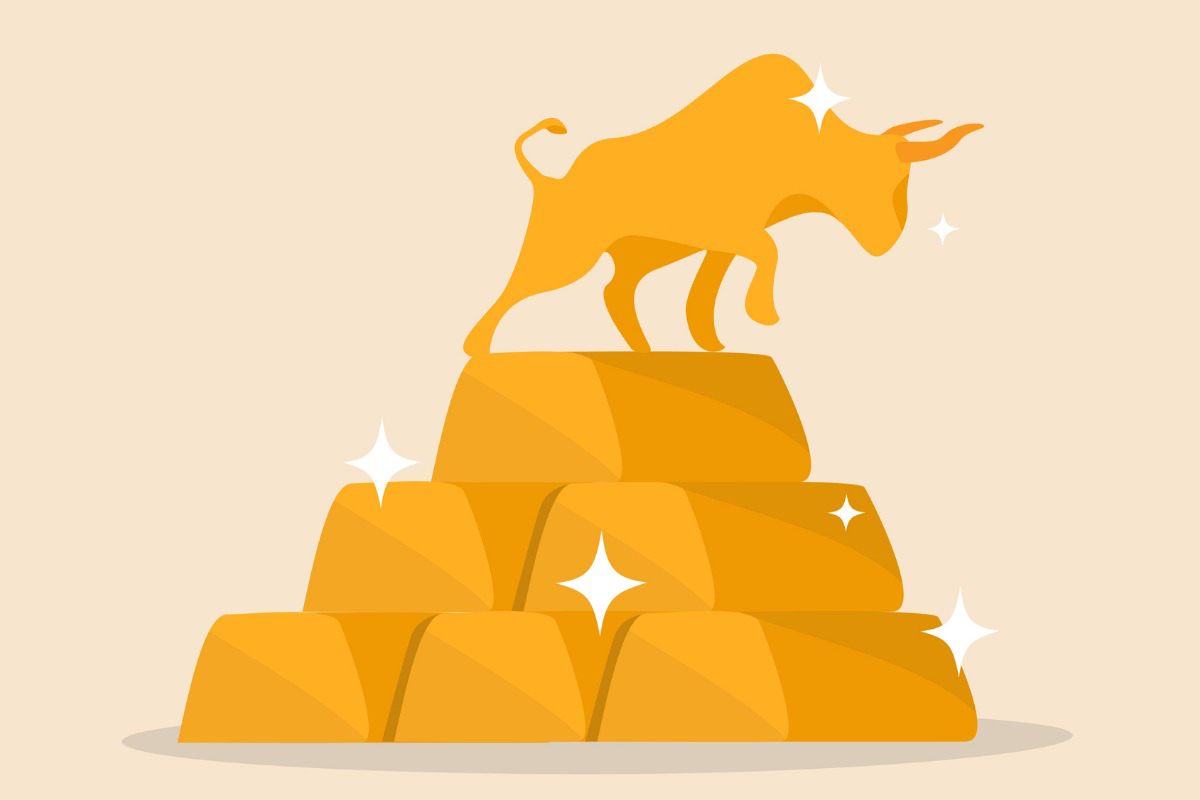 The year-ahead prognostications of longtime financial pundit Byron Wien are always an event. His latest list of 10 forecasts, for 2022, is topped by a bullish outlook for gold—coming amid a flat stock market.

To Wien, now the vice chairman at investment house Blackstone, lagging gold is poised to gain 20% in price this year, hitting a new record. The metal, which had a nice run-up at the pandemic’s start, reached a peak of $2,070 per ounce in August 2020, then began falling, to $1,804 as of Monday’s closing. A 20% increase would elevate the price to $2,165.

Although gold has shown brief upward spurts since its summer 2020 apex, it has lagged behind Bitcoin, which has shot up more than four-fold over the same period. Analysts continue to argue whether bullion, a historical refuge in shaky times, or the hot new cryptocurrency will prevail in the long run as the refuge asset of choice.

Wien, however, is convinced that gold will have an edge over crypto as inflation continues to bedevil the nation and its economy. Inflation this year will be a still-uncomfortable 4.5%, Wien stated, another of his 2022 divinations.

“Despite strong growth in the US, investors seek the perceived safety and inflation hedge of gold amidst rising prices and volatility,” he foresees. “Gold reclaims its title as a haven for newly minted billionaires, even as cryptocurrencies continue to gain market share.”

Wien’s predictions, which the Wall Street celebrity calls the “10 surprises” he expects in the future, are always read eagerly in the financial community. He started issuing them in 1986, when he was chief US investment strategist at Morgan Stanley. Since 2018, he has published his 10 auguries with the help of Joe Zidle, chief investment strategist for Blackstone’s private wealth operation.

By Wien’s definition, his surprises are events that the average investor thinks have just a one in three chance of occurring, while the Wall Street savant believes they actually possess better than 50% odds of happening.

Aside from his thoughts on gold, his most striking conjecture this year concerns a flat stock market. “The combination of strong earnings clashes with rising interest rates” and results in the S&P 500 “making no progress in 2022,” Wien wrote. Plus, he went on, a market correction will take place but fall short of the 20% slide that signals a bear market.

Among his other 2022 calls are that the benchmark 10-year Treasury will reach 2.75% (now it is at 1.63%), oil will rise to more than $100 per barrel (now $76), and the world returns to an almost pre-pandemic status despite the ongoing presence of the coronavirus.

Wien’s January 2021 exercise in prophecy had several good calls, including ongoing economic growth and a strengthening dollar. But there were duds, such as his expectation for better US-China relations, a Justice Department cessation of actions against Facebook and Google-parent Alphabet, and the stock market rally becoming broader.

What’s Going to Happen to the Gold Price?