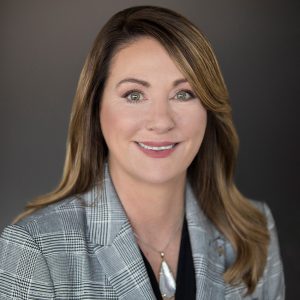 Lichnock will replace Jack Ehnes, the outgoing head of the pension system who postponed his retirement last year because of the pandemic. Last March, within weeks of announcing his September 2020 retirement, Ehnes backtracked at the request of his trustees, who asked that he stay on while the retirement system dealt with the market drawdown. Ehnes has led the pension fund for nearly two decades. His last day will be June 30.

“I am honored to have been chosen to take over the reins at CalSTRS from Jack Ehnes, a highly regarded CEO. Jack has been an extraordinary mentor and business partner,” Lichnock said in a statement. “I plan to carry forward our work on improving service delivery to our members and ensuring their financial security in retirement.”

Lichnock will develop the strategy for the organization’s operations and maintain relations with the pension’s board of trustees. In addition to modernizing the pension fund’s processes, she will double down on commitments to sustainability and diversity, she said.

She will be the first woman to lead the largest pension fund in the country for educators in its 108-year history, a fact that she said is not lost on her. CalSTRS holds some $299.8 billion in assets. About three-quarters of its 975,000 members are women.

An internal committee that was put together last March conducted a global search, and Lichnock won the position over others in “a highly qualified pool,” according to the fund. Executive recruitment firm Egon Zehnder helped with the search process.

Lichnock has been COO since March 2013. In this position, she oversaw audit services, enterprise strategy management, administrative services, benefits and services, public affairs, and technology services. She also advised the trustees and the chief executive officer.

She will start July 1.

CalSTRS COIO Debra Smith to Retire in May