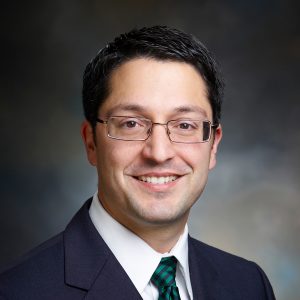 Carlos Rangel has been named vice president and CIO of the $8 billion W.K. Kellogg Foundation (WKKF), effective today. Rangel, who will also serve as a member of the executive council and report to president and CEO La June Montgomery Tabron, replaces Joel Wittenberg, who retired at the end of January after 11 years at the foundation, saying he would go into consulting.

Rangel, a member of CIO magazine’s Class of 2017 Forty Under Forty, joined WKKF as a portfolio manager in 2010 and was most recently director of investments. He will be responsible for the management and oversight of the foundation’s endowment and the W.K. Kellogg Foundation Trust investments, as well as investing the diversified portfolio to maintain its ability to support WKKF’s long-term mission. Rangel will also provide leadership for team execution and quality performance against allocation targets and shape research and analysis toward fact-based improvements to short- and long-term asset allocations.

“Carlos made a personal commitment many years ago to spend his career putting the financial markets to work for the benefit of society and understands that every dollar the foundation earns on our investments improves conditions for children,” Tabron said in statement. “He also has been a leader for WKKF toward broadening the adoption of racial equity within the financial sector and business community, while generating more dollars for grants.”

Prior to joining WKKF, Rangel worked for boutique investor Managed Assets Portfolios as a buy-side generalist analyst and focused mainly on small-and mid-cap technology stocks. He was responsible for idea generation, primary research, and financial analysis for each of the companies recommended.

In a 2017 interview with CIO, Rangel indicated a bias toward active management over passive investment, saying there was an ongoing “arms race” to consistently deliver excess returns net of fees.

“Passive investing still reflects a view of the world given the construction of passive benchmarks that overweight the largest names,” Rangel said. “You cannot just set it and forget it if you are investing passively.”

He also said he places a high priority on risk management tools and processes, which he said “have added a new dimension to our awareness with a quantifiable impact on our decisionmaking.”

Rangel has bachelor’s and a master’s degrees in finance from the University of Michigan-Dearborn, and he is certified as a chartered financial analyst (CFA), financial risk manager (FRM), chartered analyst of alternative investments (CAIA), and has a certificate in investment performance measurement (CIPM).