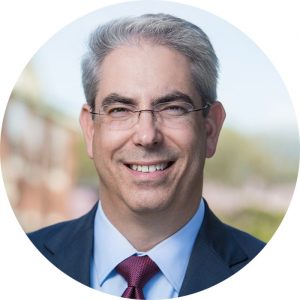 The Carnegie Corporation of New York has chosen Mark Baumgartner to lead the endowment as its next chief investment officer, the fund said.

Starting Wednesday, Baumgartner will oversee the $3.4 billion endowment at Carnegie after spending the past roughly seven years as CIO at the Institute for Advanced Study (IAS) in Princeton, New Jersey, where he led an unconventional portfolio dedicated entirely to alternative investments.

He replaces Kim Lew, the well-known former Carnegie CIO who left in September to manage the endowment at Columbia University. Carnegie started an immediate search for Lew’s replacement and reviewed more than 200 applicants for the position. Lew herself participated in the search.

“Mark Baumgartner is the only candidate to receive the unanimous approval of the selection committee, which is an outstanding show of support for his capabilities,” Anne Tatlock, chair of the investment committee and former chairman and CEO of Fiduciary Trust Company International, said in a statement.

“Due to the weak economy and unstable financial markets, it is critically important to have a CIO with Mark’s depth of experience,” Tatlock added.

At IAS, Baumgartner outperformed benchmarks with a diversified fund dedicated 100% to alternatives. His portfolio had a 75/25 hedge funds-to-private markets split. In 2019, his dedication to strong investment returns won IAS the honor of being CIO magazine’s Endowment of the Year, and Baumgartner himself was named a top E&F investment chief.

Previously, Baumgartner was also an investment director at the Ford Foundation for more than four years. He has also worked at the Boston Consulting Group, Credit Suisse, and Morgan Stanley.

An actual rocket scientist, he has also earned a Ph.D. and two master’s degrees in mechanical and aerospace engineering from Princeton University.

« Bitcoin Could Replace Gold as a Refuge, BlackRock Says