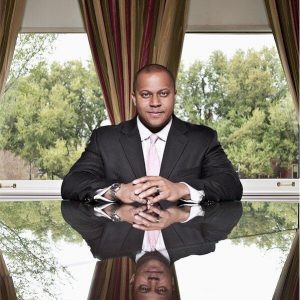 Ryan Bailey, director of investments at Children’s Health’s $1.8 billion Dallas foundation, is leaving the fund next week, according to Institutional Investor.

Bailey, who has been at the pediatric care system since 2014, will be exiting for an undisclosed job at another organization. Bailey led this year’s class of NextGens, which highlights the best and brightest rising industry professionals. He is also the first of this year’s NextGen cohort to change jobs.

“Ryan’s strong analytical background and extensive experience in institutional investments has led to his success at Children’s Health,”  Rich Goode, the organization’s president of corporate services, and chief financial officer told CIO in Bailey’s NextGen profile. “The health care industry is constantly evolving, and Ryan’s commitment to consistently managing our investment strategy amidst these industry changes is what makes him an outstanding leader.”

It is not yet known if Children’s Health Dallas has a successor in place or if it will enlist a search for a new investments head. Bailey’s right-hand woman is fellow 2019 NextGen Christie Hamilton, who is expected to stay at the institution. She was hired in 2015.

“Christie is an intelligent, strong contributor to the investment team at Children’s Health. She is a continuous learner, who works across all asset classes with an intellectual curiosity that is hard to match,” Bailey said in her NextGen profile. “Christie’s resourcefulness and creativity puts no challenge outside of her grasp.”

Bailey said in his NextGen profile that adding private assets, China A-Shares, and Chinese venture capital to Children’s Health’s investment portfolio were the most important strategic allocations of his career. “It is the second-largest economy in the world, but it is underrepresented in world market cap,” he said of China.

Bailey’s last day at Children’s Health will be August 23. Neither he nor Goode could be reached for comment.