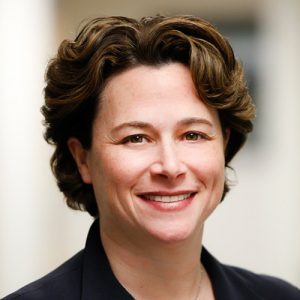 “Deb impressed us all with the sharpness of her thinking and her agile mind,” Colby President David A. Greene said in a statement. “She has a passion for investing and discovering inefficiencies in markets that can lead to greater returns.”

Shufrin saw the Brandeis endowment nearly double over her decadelong tenure at the school. In 2011, when Shufrin started at the institution as director of investments, the portfolio was worth $620 million; in 2020, it had $1.1 billion in assets.

Colby has enjoyed similar steady growth over the same time period. Last year, the endowment was worth more than $1 billion, up from $502 million a decade ago. The school has an 8.8% 10-year investment return, better than the 6.6% benchmark for the decade, a release said.

We “look forward to working with her to maximize the long-term value of the college’s endowment,” Vice President for Administration and Chief Financial Officer (CFO) Doug Terp said in a statement.

The investment chief will be joining the school as colleges across the nation deal with major operational changes in the wake of the pandemic. Colby will be launching new projects on campus and in downtown Waterville, Maine. It also launched a $10-million return-to-campus plan for students last year.

Previously, Shufrin was a senior vice president at the economic development research firm Initiative for a Competitive Inner City. Before that, she was a director and mezzanine analyst at Boston-based Hancock Capital Management.

Shufrin will work closely with the school’s investment committee as she oversees the college’s investment team and portfolio strategy. The endowment supports student financial aid, faculty compensation and research, and the school’s art museum, among other programs.

How Smaller Endowments, Shut Out of Razzle-Dazzle Investments, Make Do

« CDPQ Doubles Down on Security, Controversy