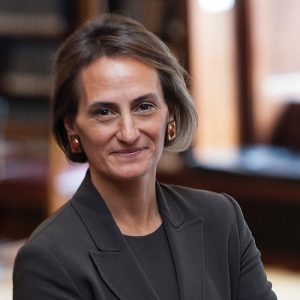 Northwestern University has appointed Amy Falls as its vice president and chief investment officer. She will be the first woman to oversee the $12.2 billion endowment.

Falls will succeed William H. McLean, who left the endowment in October after 18 years in the position, the school said Friday. Falls was chosen after a monthslong national search conducted by David Barrett Partners and was recommended by an internal committee.

“I am honored and excited to join the Northwestern Investment Office team and look forward to working with them, the board and my new colleagues to advance the university’s mission,” Falls said in a statement.

“As chief investment officer, I hope to build on Northwestern’s legacy of excellence and promote the growth of the endowment,” she added.

Falls will engage students and staff on environmental, social, and governance (ESG) issues. She will report to the investment committee and Craig Johnson, senior vice president for business and finance. A member of the university president’s senior staff, she will also be responsible for about a quarter of the school’s annual revenue.

Falls is now among a small cadre of women at top endowments. She was previously  a partner at Morgan Stanley, and she is a board member of the Ford Foundation and the Harvard Management Company. She is also the first woman to lead the board of trustees at Phillips Academy Andover.

Falls will start her new role in the spring.

« A Washington Beating for Robinhood’s CEO