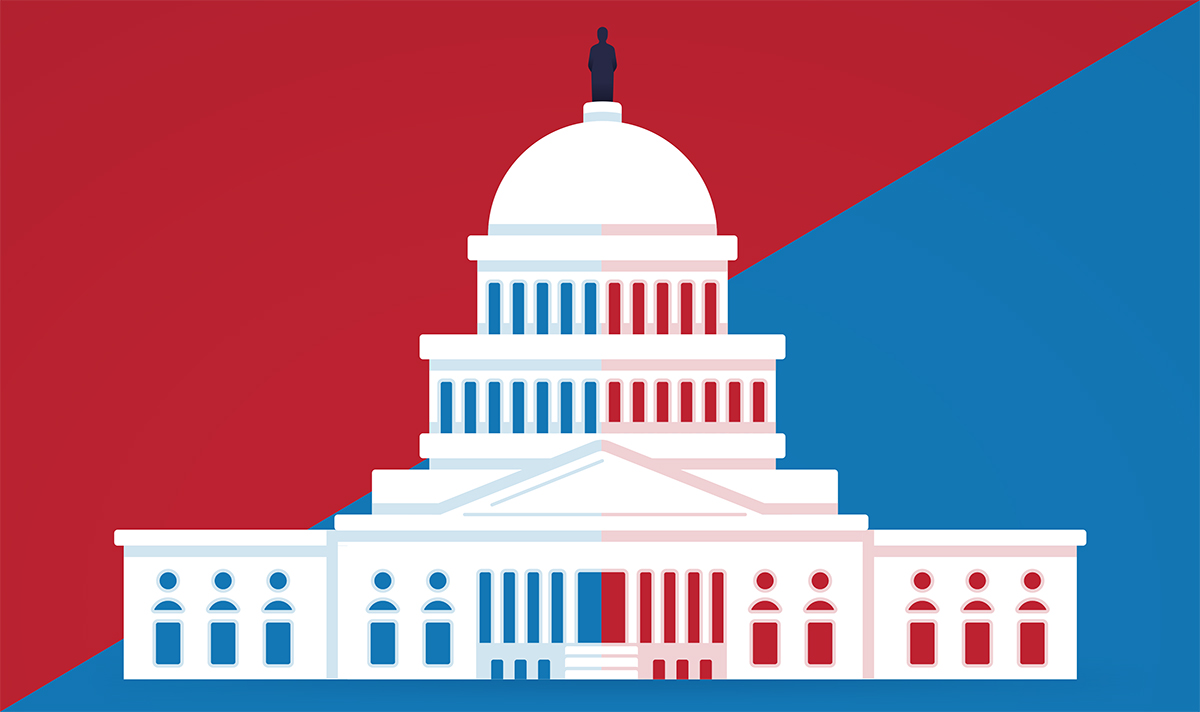 Wall Street sure seems pretty happy about the prospect of a divided Congress. The S&P 500 jumped 2.2% on Wednesday, following the 1.8% advance on Tuesday, Election Day.

History says that stocks do the best when Capitol Hill is split between the two parties, according to an LPL Financial study. From 1950 through 2019, a split Congress meant the S&P returned an average 17.2% annually. When the Republicans controlled both chambers, the increase was 13.4%. When the Democrats ruled both the House of Representatives and the Senate, the index rose 10.7%.

Congress, which has had divided rule for the past two years, appears to be ready to continue that situation in the 2021-22 session. The GOP seems likely to retain its Senate majority, while the Democrats kept their sovereignty in the House.

True, as scores of political scientists and others have long observed, the link between Congress and what happens financially outside Washington, whether in the stock market or the economy at large, is tenuous.

The standard take on why a split Congress might possibly matter to equity investors: The two houses serve as a check on pushing a partisan agenda too far, which could happen if the president’s party was in charge of  both sides of the Hill.

Should Joe Biden end up as president, a bisected Congress would render it unlikely that the 2017 corporate tax cuts would be trimmed, or that a Democratic president would impose a series of costly regulations on business. If those scenarios came to pass, then company earnings, which help drive stock prices, might be crimped.

Such a dire outcome “took a hit” because of the voters, noted Ryan Detrick, LPL’s chief market strategist. Additionally, he said, in years with a divided Congress, stocks were higher the past 10 times, with 2020 possibly marking the 11th in a row.

Certainly, Wall Street’s hope that the political turmoil is abating—not a sure bet, if legal battles over the vote count erupt—contributed to the past two days’ market advance.

With political order seemingly re-established, opined Brad McMillan, the CIO at Commonwealth Financial Network, “items such as fiscal stimulus can be negotiated.” He added that “the story here is that uncertainty is down significantly and will drop further once we get the final figures.” And Wall Street hates uncertainty.