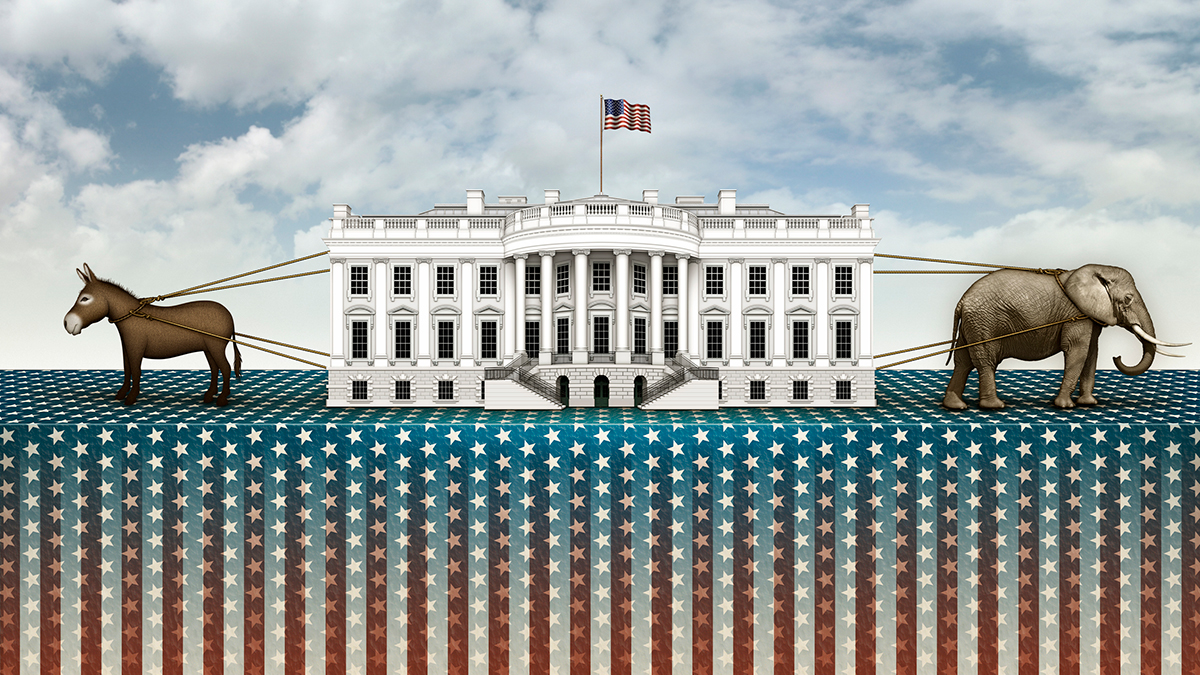 The on-again, off-again prospects for another round of federal economic stimulus prompt a lot of investors to expect no new aid package will pass until after the November 3 election.

There are four possible scenarios for an election outcome, involving control of the US House and Senate, and the White House. What would the aid bill look like with each? Jeff Buchbinder, equity strategist for LPL Financial, has sketched those out in a research note.

The dickering, between Democratic House Speaker Nancy Pelosi of California and the Trump Administration (with GOP Senate Majority Leader Mitch McConnell of Kentucky as a sidekick), involves the difference between a lot of aid money and an even bigger bunch of bucks.

As Buchbinder pointed out, the midpoint of the two proposed amounts—$1.6 trillion from the administration and $2.2 trillion from House Democrats—is about 9% of last year’s US gross domestic product. “That’s a big deal in terms of potential impact on the economy and markets,” he reflected.

“A compromise on a big stimulus package in Washington could potentially deliver another October surprise, but the odds are against it as Election Day approaches,” said Buchbinder wrote. “The optics of getting nothing done aren’t great on either side, and there are a lot of close Senate races right now, suggesting there still may be a glimmer of hope for a deal by November 3.”

With Joe Biden as the new president, there will be a dynamic to get a more costly package done. With Donald Trump re-elected, less so. What would happen in a lame-duck session is anyone’s guess. Buchbinder thinks a Biden election would result in congressional Democrats stalling on a compromise until he takes office, so he could take credit for it.

Still, if nothing is passed pre-election, the LPL strategist sees this quartet of scenarios:

Trump wins and Republicans keep the Senate. “A deal similar to the Republicans’ offer around $1.5 trillion would be likely, but far from assured.”

Democrats sweep yet keep the filibuster in place. The filibuster means that 60 of the 100 senators must vote to end debate on a measure, tough to do if the Dems don’t have 60 votes, which appears most likely. “A deal in the $1.5 to $2 trillion range becomes very likely,” Buchbinder said. “Without the filibuster, a potential deal may get even bigger.”

Biden wins but Republicans retain the Senate. No rapprochement at all is struck in this gridlock situation, although moderates may succeed in getting a small bill done, known as a “skinny deal.”

Republican sweep. This would lead to a skinny deal, including supplemental jobless benefits, small business aid, corporate liability protections, and some COVID-19-related spending.