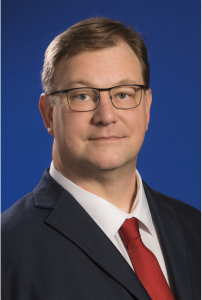 Rieck announced his departure from Australia’s Equip earlier in the month as the organization is scheduled to merge with Catholic Super. When the two officially join forces, the new organization will house A$26 billion ($17.6 billion) in assets under management.

The news of his new job was also confirmed in a LinkedIn post from Sydney-based manager Investment Innovation Institute’s events page, i3 Insights.

“Congratulations to Troy Rieck, who has been appointed as Chief Investment Officer of the $13 billion ($8.7 billion) LGIAsuper in Brisbane,” the firm said in its post.

Rieck, who confirmed the news, had served at Melbourne-based Equip since 2015. His new gig, which he’ll start on Sept. 23,  is in Brisbane. David Todd, LGIAsuper’s current chief, is retiring at the end of the year. He’s sticking around to ensure a smooth transition.

Rieck’s new job comes days after Anna Shelley was announced as CIO of both Equip and Catholic Super, and after they merge will be the financial chief of the combined superannuation entity. Scott Cameron, its new chief executive officer, will do the same.

Consolidation has been a trend for the Australian superannuation industry this year as the nation’s government pushed for better transparency after it revealed too many supers had been underperforming. It suggested organizations with weaker returns merge with better-performing ones, potentially creating a better ecosystem for the industry and its beneficiaries.

“I know LGIAsuper’s members well. My father was a member, my brother is a member and Queensland is my home. I am keen to get back to my roots and explain our investment strategy to members,” Rieck said.