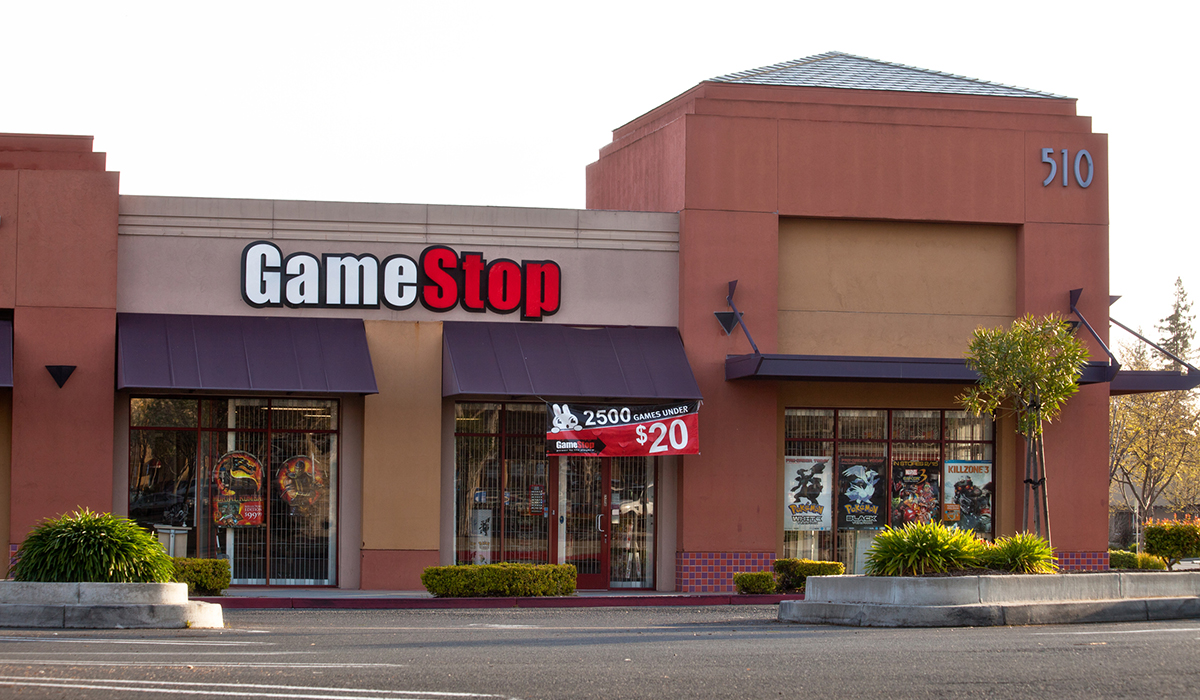 GameStop has stopped hedge funds, big-time. Its climbing stock has spoiled their short sales on the money-losing video game retailer, as well as on other limping outfits such as AMC Entertainment (the beleaguered movie theater chain), and BlackBerry (onetime maker of the early smartphone, now a software developer).

A good number of hedge funds have been betting borrowed stock that the companies’ shares would droop, with GameStop their favorite prey. Trouble is, the social media-connected day traders have gleefully declared war on the short-selling hedge operators.

And these neophyte momentum players have driven the short-sellers’ chief quarry to sub-orbital levels: up 18-fold this month, just short of $348 per share. Peter Atwater, an economics lecturer at the College of William & Mary, calls the GameStop short-squeezing people a “flash mob with money.”

Investors who sold GameStop short have lost $23.6 billion so far in 2021 through Wednesday, by the count of financial analytics firm S3 Partners. That includes $14.3 billion yesterday, as the retailer’s stock price shot up 135%.

In response to the controversy, Robinhood and Interactive Brokers Group curbed trading on GameStop, AMC, and several others Thursday morning. GameStop shares began to reverse direction. How long the restrictions would last was unclear. Frustrated amateur traders, of course, might just take their business to platforms that don’t limit them.

The pain is intense for these hedge funds. Citron Capital’s Andrew Left, often disparaged on Reddit, just said his firm folded a GameStop short bet, after losing 100% of its money spent on the transaction. Melvin Capital Management has slumped about 30% as the result of GameStop short sales, according to published reports. New York Mets owner Steve Cohen’s Point72 fund and Ken Griffin’s Citadel have stakes in Melvin.

Earlier this month, posts started to appear on Reddit and other places about the large amount of GameStop shares held short. The posts called on fellow tyro traders to buy the firm’s shares and options, with the goal of lifting the stock price and slamming the short sellers.

One Reddit user, cheering on the GameStop surge and its ill effect on hedge funds, described the play as “Bankrupting Institutional Investors for Dummies.” On Wednesday night, the moderators briefly set the Reddit GameStop-oriented forum to private, so no new users could join.

“Rough crowd on Twitter tonight,” Cohen tweeted about the pummeling he and his fellow hedge operators are taking. “Hey stock jockeys keep bringing it.”

Retail stock trading has long been a backwater of the market. Last year, however, Robinhood’s popularity grew, with its free trades using an app. Now, this newcomer trading is a trend, especially among young adults. And conventional stock trading is feeling it.

Certainly, the attractiveness of GameStop as a short sale is obvious. The chain is no one’s idea of a story stock—whose compelling business plan, executives, and prospect thrill professional stock pickers. That ain’t GameStop.

Over the past three years, the company has lost close to $2 billion. Why? Young gamers now prefer to order the goods online instead of trekking to a mall. GameStop’s revenue is falling and its stores are closing. Management last month told investors it would shutter 1,000 outlets by the end of March.

What are GameStop shares really worth, anyway? Bank of America raised its price target on the stock to just $10 per share on Wednesday, saying in a note to clients that the higher price could aid GameStop’s turnaround plans, but remained a risk for investors. Note that BofA’s price target is far below what GameStop is fetching now.

It’s hard to assess the GameStop short effect’s overall impact on hedge funds. Indeed, only some of the funds are shorting these momentum stocks. Lately, things have been looking up for hedge funds, which have suffered in recent years as they lagged the stock market. Last year, they finally beat the S&P 500, 16.6% to 15.7%, Preqin researchers found. Investor redemptions slowed markedly.

The S&P 500 dropped 2.6% on Wednesday. Although the GameStop short phenomenon probably contributed to that, the obviously larger influence was Federal Reserve Chairman Jerome Powell. On Wednesday, he gave a dour assessment of the pace of economic recovery, due to a softness in growth owing to the resurgence of COVID-19 cases.

Robinhood, ETrade, and Fidelity were among those that reportedly had technical glitches from the huge volume as the heavily shorted names like GameStop skyrocketed. Since the beginning of this month, the CBOE Volatility Index has jumped to 37 from 22.

The GameStop torpedoing of hedge funds is so profound that it has drawn interest in Washington. The White House press secretary said on Wednesday that the administration’s economics team, including Treasury Secretary Janet Yellen, is keeping an eye on the resulting turbulence.

In addition, the acting head of the Securities and Exchange Commission (SEC), Allison Herren Lee, said the SEC was “actively monitoring the ongoing market volatility in the options and equities markets” and was working with other regulators “to assess the situation and review the activities” of those involved.

The manic run-ups of GameStop and its ilk signal to many on Wall Street that the market’s long bull run may be ending. “I think this is a sign that we are getting to a top and we are going to get a pullback,” Morgan Stanley strategist Andrew Slimmon told Yahoo Finance. “That’s just one of the signs.”