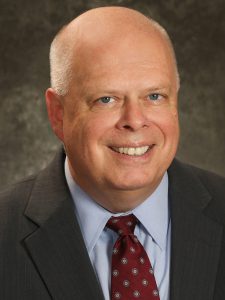 Richard Ingram, executive director of the $51.2 billion Teachers’ Retirement System (TRS) of the State of Illinois has resigned from his position after being placed on administrative leave due to performance issues. The board has named CIO Stan Rupnik as the system’s interim executive director.

The TRS Board voted unanimously to put Ingram on administrative leave on July 31 “due to performance issues covered by his employment contract,” TRS said in a statement. Ingram then resigned on Aug. 3 and left the post immediately.

“The board will conduct a thoughtful, thorough, and vigorous national search process for a new executive director, consistent with the best interests of TRS and its important constituents,” TRS said.

A TRS spokesperson declined to elaborate on the specific performance issues in question and did not provide further details regarding the search for a replacement for Ingram.

“Since 1939, Illinois officials have never, in any year, appropriated enough money to ‘fully fund’ the pension promises to be paid by TRS, as determined by the system’s actuaries,” Ingram wrote. “This annual underfunding of TRS and the state’s other public pension systems is, sadly, codified in state law.”

Ingram said the formula used to develop the state government’s annual contribution to its pension systems “artificially lowers” the state’s pension funding costs. He said that in fiscal year 2019, the state contribution to TRS calculated by the formula was $4.47 billion, but it should have been $7.37 billion based on standard actuarial calculations. Ingram also said that because of “the state’s consistent underfunding,” 77% of the state contribution to TRS for fiscal year 2019 was devoted to paying off a portion of the unfunded liability and not the actual cost of benefits.

“If pensions had been properly funded over the last 80 years,” Ingram said, “the state appropriation for TRS would have been $1.03 billion and the system’s future would be more secure.”